First announced in February, the the Motorola Edge+ goes on sale in the US on March 24, 2022. It will be available from Amazon, Best Buy, Motorola, and Walmart for $900, which represents a $100 discount off the list price. Verizon will also offer a version of the phone for $850. 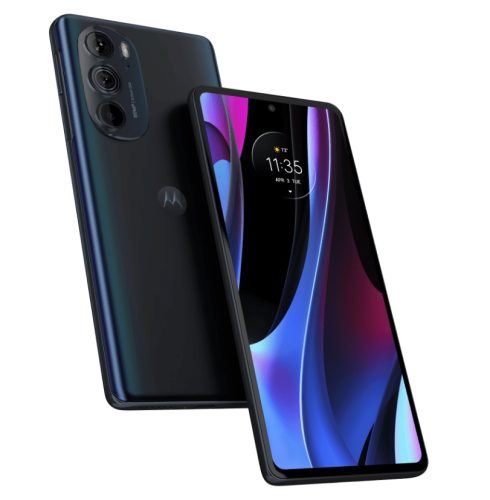 Motorola is also offering an identical phone called the Edge 30 Pro in select markets in Europe, the Middle East, Asia, and Latin America. And a very similar phone has already been available in China since December, where it’s called the Moto Edge X30.

Here’s a run-down of key specifications for the US version of the phone:

One thing to keep in mind is that while the Moto Edge+ supports a new Motorola Smart Stylus accessory, it’s not included in the $1000 price tag. You’ll have to buy the pressure-sensitive pen separately. It comes as part of a bundle with a folio cover that features a storage slot for the stylus.

There’s also a 50MP wide-angle camera with a 114 degree field of view, f/2.2 aperture, 0.64µm pixel size, and quad pixel support for 1.28µm pixel images. It also supports Macro Vision, which lets you treat the camera like a macro lens with support for getting as close as 2.5cm to your subject.

Interestingly the rear camera system does not support 8K video at all, topping out at 4K/60fps video instead, while slow-motion video capture with the rear cameras tops out at 240 frames per second for 1080p videos.