Motorola Mobility is preparing to lay off about 4,000 employees, or about 20 percent of its workforce. The New York Times reports that the move is part of a restructuring that will also result in Motorola making fewer phones. 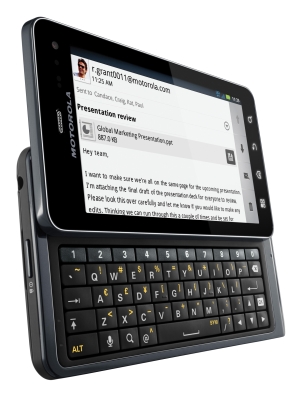 Last year Motorola introduced nearly 30 phones and tablets. But The New York Times suggests the company will pull out of the low-end phone space and focus on a just a few devices at a time.

Google recently acquired Motorola for about $12.5 billion, and the decision to axe thousands of employees follow a move to eliminate 40 percent of the company’s vice presidents.

When Google announced the acquisition, company officials said that a primary goal was to obtain thousands of patents owned by Motorola, which would help Google protect Android and other products against patent lawsuits from competitors.

But $12.5 billion is a lot of money, and it looks like Google is trying to shake things up in an effort to make some of that money back by turning Motorola into a leaner machine that may still be capable of cranking out products people want.

Interestingly, the last few Android devices Google has put its name on have been manufactured by Samsung and Asus, not Motorola. Perhaps one day we’ll see a Motorola Nexus phone or tablet, but for now it looks like even Google thinks other manufacturers can do a better job of producing hardware to showcase its latest software.

One reply on “Motorola cutting staff by 20 percent, focusing on fewer phones”