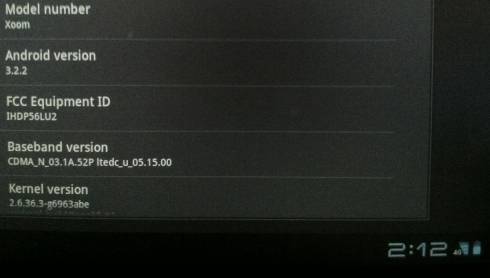 It’s taken about 6 months, but Motorola is finally starting to offer XOOM tablet owners the free 4G upgrade the company promised when it launched the tablet in February. Initially the XOOM shipped with a 3G radio for use on Verizon’s mobile broadband network, but Motorola said it would offer free upgrades within a few months.

That stretched into half a year, but last week we heard that some customers were starting to get emails inviting them to participate in a pilot program for 4G upgrades. Now a number of users have reported that they’ve already sent in their tablets and had them returned with blazing fast 4G LTE radios. In fact, some users are seeing download speeds as high as 33 Mbps.

Motorola is still running a pilot test, so not all 3G XOOM owners in the US will be invited to participate right away. But it looks like the program is off to a good start.

It’s worth noting that if you have a rooted tablet and you send it in for repairs, it’ll probably come back with a software update that removes your root access. But there appears to be a new tool for rooting any XOOM tablet, even a 4G model running Android 3.2.2.