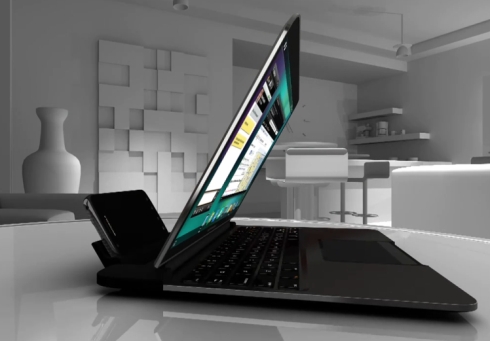 The Motorola Atrix 4G was one of the most exciting products I saw at CES in January. That’s not just because it was one of the first dual core phones with an NVIDIA Tegra processor, but also because of the optional docking station that lets you use the Android smartphone like a laptop computer, complete with a full desktop version of the Firefox web browser. And then Motorola and AT&T announced the pricing… and suddenly I lost interest.

When the Atrix 4G launched in February you could pick up the phone for $200 with a 2-year contract. But if you wanted the laptop dock you’d have to spend $500. And if you didn’t want to sign that two year contract, the laptop dock alone would set you back $500.

Flash forward a few months and the laptop dock is now selling for $400… which is still way too much money for a keyboard and display which doesn’t have its own processor, storage, or operating system. But Android Central is reporting that another price cut is set to take effect this weekend.

Starting May 1st, you may be able to pick up the laptop dock for $300, or purchase the phone and dock for $400 after rebate with a 2-year contract.

The combo price isn’t all that bad, but $300 still seems like too much money to ask for a peripheral. On the other hand, if you think of the laptop dock as something that lets you replace a netbook with your smartphone, I suppose it’s finally entering netbook price territory.