Motorola’s Moto Z can be used as a standalone smartphone, but what makes the phone unusual is its support for Moto Mods, which are modules you can slap on the back of the phone to add functionality.

Right now Motorola offers 5 different Moto Mods, including a speaker, a projector, a camera with a zoom-lens, a battery pack with wireless charging, and a “Style Shell” to change the look of the phone’s back.

But Motorola has also been encouraging developers to create their own Mods, and now the company has launched an initiative with Indiegogo to open up the platform even more widely. 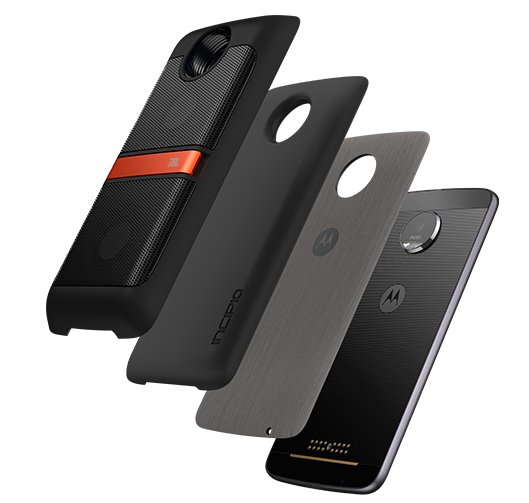 Here’s the idea: you can submit an idea for a Mod for a chance to get  free deelopment kit from Motorola, along with a Moto Z phone.

Hackathons will be held in San Francisco and New York starting in December, giving participants an opportunity to work with Motorola on their prototypes.

Working prototypes will then be eligible to launch a crowdfunding campaign on Indiegogo. Motorola and Verizon will help publicize those campaigns, which could give them a better chance of success than your average crowdfunding effort… assuming there’s any demand for the Mod you’re developing.

In March, Motorola will also fly out 10 finalists to the company’s Chicago headquarters to pitch their ideas in person for a shot at further promotion and distribution partnerships.

The fine print suggests that while Motorola really wants outside developers to create concepts for the MotoMod program, the company is a little less comfortable letting you call any old design a MotoMod until it’s officially approved. Instead, the company suggests language such as: