The company also offers a 32GB model for $399… but up until now that’s been as much storage space as you can get.

That changes on June 8th, when Motorola launched a Moto X with 64GB for $449. 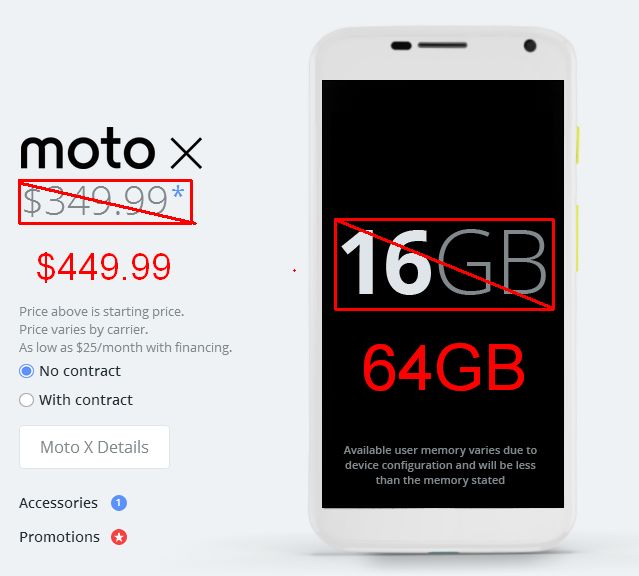 Motorola’s new 64GB model will be available for AT&T, Sprint, T-Mobile, and Republic Wireless at launch. And if you don’t feel like spending $449 on a phone you’re not sure you’ll like, it’s part of a limited time “Try Then Buy” program.

As for the 64GB model, it should be around for longer than one day. Since the Moto X doesn’t have a microSD card slot, the extra storage is a welcome addition. On the other hand, while the Moto X runs the latest version of Android and has some special features such as an optional always-listening mode for Google Now voice commands, the phone is quickly approaching its first birthday. It might not be long before Motorola unveils a successor with better features.