Motorola has launched a new version of the 2014 Moto G smartphone. While the new model has the same screen and processor as the version that launched a few months ago, there are three important changes.

The new Moto G supports 4G LTE networks, and it has more storage and a larger battery.

For now the 2014 Moto G with LTE is only available in Brazil. But don’t be surprised if it shows up in other countries soon. 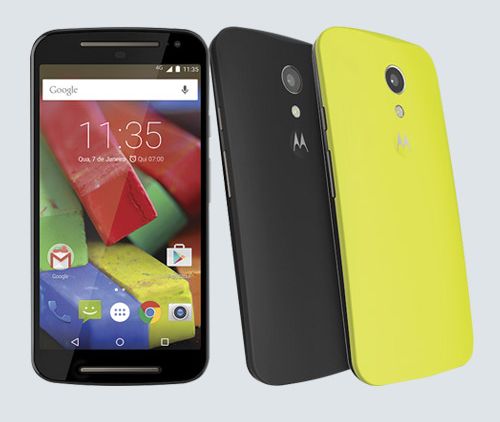 The new version of the smartphone has a 2390 mAh battery, up from the 2070mAh battery included in the 3G model. That should help make up for any increased power consumption added by the 4G LTE radio.

Motorola has also doubled the amount of built-in storage. The 4G model has 16GB while the original phone had just 8GB.

Motorola is selling unlocked 2nd-gen Moto G smartphones with LTE in Brazil for the equivalent of $336, including tax. It’ll likely be cheaper in the United States… although it’ll also likely cost more than the $180 Motorola charges for the 3G-only model which also has less storage and a smaller battery.