The key thing that sets the recently launched Moto Z4 smartphone apart is its support for Moto Mods that can add features like speakers, batteries, or 360-degree cameras.

But it turns out there’s at least one other unusual thing about Motorola’s latest phone: it’s compatible with any stylus that supports the Microsoft active pen protocol.

In other words, you can use a Surface Pen (or a cheaper alternative) to write or draw on the screen. 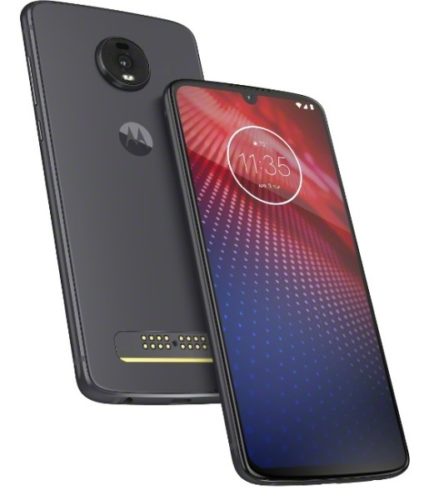 I have no idea why it was removed, but redditor jjsaturday has a Moto Z4 and “a few Surface Pens.” Apparently the pens work with the phone. Pressure sensitivity is supported. And the eraser button on the pen works as a back button.

Update: Stylus support is back on the official Moto Z4 website.

The Moto Z4 offers an interesting mix of mid-range and premium specs. On the one hand, it has a Qualcomm Snapdragon 675 processor, which is an upper mid-range chip. On the other, it has 128GB of storage, a 48MP rear camera, and  25MP front camera.