Pictures of the Moto Z4 smartphone have been leaking for a few months, but Motorola hasn’t actually gotten around to officially announcing the phone yet.

Apparently Amazon didn’t the message, because the online retailer is already selling the Moto Z4 for $500 and throwing in a free Moto 360 camera mod to boot.

Not sure the phone’s actually available for purchase? One redditor placed an order and has already received the phone and posted an unboxing video, initial impressions, and camera samples.

Update 5/30/2019: Motorola has officially launched the Moto Z4. It’s up for pre-order starting May 30th, and ships in early June. 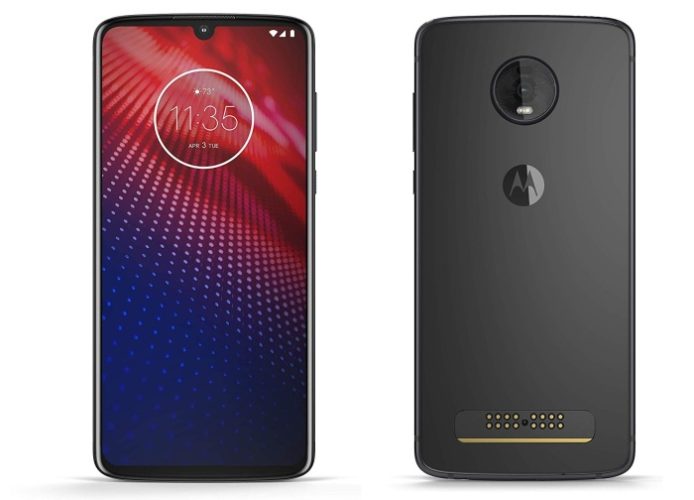 The Moto Z4 smartphone features a 6.4 inch, 2340 x 1080 pixel OLED display, a Qualcomm Snapdragon 675 octa-core processor, 4GB of RAM, 128GB of storage, a single 48MP rear camera (which can snap higher-quality 12MP photos by combining four pixels into one), and a 25MP front camera that can use the same trick for 6MP selfies.

Motorola went with an in-display fingerprint reader for the Moto Z4, which makes sense for a phone with slim bezels and a back that’s meant to be covered from time to time with detachable Moto Mods that allow you to extend the phone’s battery life, listen to music at higher volumes, or shoot 360-degree video, among other things.

Motorola says the phone’s 3,600 mAh battery will last for up to two days on a charge, but I wouldn’t hold my breath. Fortunately the phone also supports TurboPower fast charging.