Motorola’s Moto G7 made its North American debut last month. The company’s upcoming Razr phone could be a premium device with a foldable display coming later this year.

But what about the Moto Z series with its support for Moto Mod add-ons? It looks like an update is on the way.

The folks at 91mobiles got their hands on some Motorola marketing materials which give us a pretty good idea of what to expect from the Moto Z4. 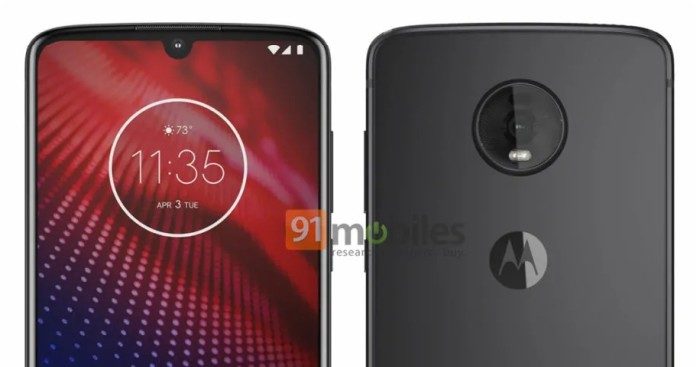 The phone is said to have a 6.4 inch, full HD OLED display, a Qualcomm Snapdragon 675 processor, and it’s expected to come in two memory/storage configurations: 4GB/64GB or 6GB/128GB.

The Moto Z4 is expected to have a 48MP rear camera and a 25MP front-facing camera, both of which support quad-pixel technology that can combine data from four pixels into a single large pixel for higher-quality 12MP (rear camera) or 6MP (front camera) pictures. The phone is also said to have a Night Vision feature, which may be the company’s answer to Google’s Night Sight.

Other features are expected to include a 3,600 mAh battery, a USB Type-C ports, and a headphone jack. Like all Moto Z phones to date, it’ll have a 16-pin Pogo pin connector on the back that allows you to attach Moto Mods including the recently launched Verizon 5G Moto Mod.

Keep in mind that none of these details have been confirmed by Motorola, so we’ll have to wait for an official announcement to find out how accurate the report from 91mobiles is.