Qualcomm’s Neural Processing Engine is a system that can leverage the GPU on some recent Qualcomm processors for hardware-accelerated image recognition and similar activities. But it only works if a phone maker enables the neural engine.

Apparently Motorola has done that, because Qualcomm just announced that two already-shipping phones from the Lenovo subsidiary are the first commercially-available phones to use the neural engine “for acceleration of on-device artificial intelligence user experiences.” 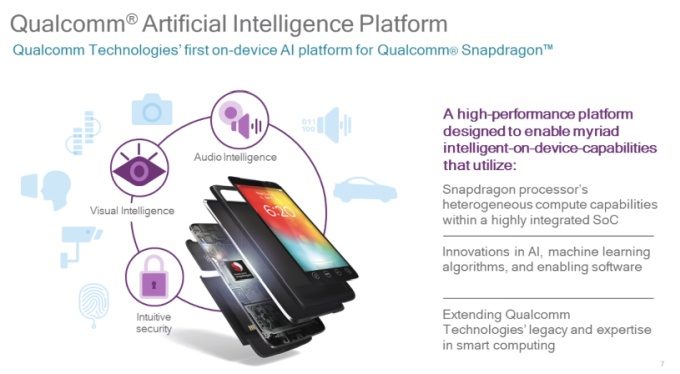 Basically if you’ve got a Moto Z2 Force or a Moto X4 smartphone you can now point your phone’s camera at a landmark and tap the “x” icon to see if your phone can recognize the item you’re pointing at.

The Landmark Detection feature will compare the characteristics of the object your pointing at with a database of over 1,200 landmarks and if a match is found, you’ll get more information about that landmark from Wikipedia.

Honestly, it sounds like a less useful version of Google Lens, or even Amazon’s “Firefly” feature from the now-defunct Fire Phone and some Fire tablets. But Landmark Detection is interesting because it’s the first commercial application of Qualcomm’s system that enables on-device AI features. It could pave the way for other functions in the future… something that could be important as Huawei, Apple, and Google develop their own custom solutions for on-device AI for image recognition and enhanced photography, among other things.