Motorola recently unveiled the Moto X4, a smartphone with upper middle range specs including a Qualcomm Snapdragon 630 processor, a 5.2 inch full HD display, a 3,000 mAh battery, IP68 water resistance, and at least 3GB of RAM and 32GB of storage.

It also has a 16MP front camera, 12MP and 8MP rear cameras, and the phone should be available soon for 399 Euros (US pricing hasn’t been announced yet, but my money is on $399).

But wait! There’s more! According to Evan Blass there may be a special version of the phone released as an Android One device. 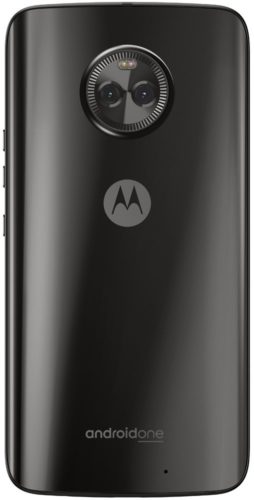 Google originally instituted Android One as a way to partner with phone makers to release budget models in developing markets, while still maintaining a decent level of software and hardware performance (as well as stock Android software with security and feature updates delivered by Google rather than the phone maker).

Over the past few years we’ve seen a few mid range Android One phones with better specs and higher price tags. And recently Xiaomi and Google unveiled the most impressive Android One phone to date: the $234 Xiaomi Mi A1 has dual cameras, 4GB of RAM, and a full HD display, among other things.

But like most other Android One devices, the Xiaomi Mi A1 isn’t officially sold in the US (unofficially is another story). Could an Android One Moto X4 break the trend?

It’s certainly possible. There’s nothing about Android One that requires phones to be sold in any specific markets. And now that Google is designing and selling its own high end phones under the Pixel brand, it’s not hard to imagine partnerships with companies like Motorola on more affordable Android One devices for bargain hunters looking for stock Android software and reliable updates.

It’s also noteworthy that there have been rumors suggesting the Moto X4 would be the first non Nexus or Pixel device to officially work with Google’s Project Fi wireless network. It’d fill the space vacated by the Nexus 5X, which Google no longer sells. And I bet an Android One version of the phone would be easier for Google to support than one with software and updates handled by Motorola and its parent company Lenovo.

A few months ago I lamented that while there were a growing number of attractive smartphones on the market with mid-range prices, Google’s Project Fi services didn’t support any of them. Maybe that’ll change soon… and maybe I’ll think about swapping my Nexus 5X for a new phone with more RAM, a waterproof design, and dual cameras.