Motorola returned to the Android tablet space last fall with the launch of the Moto Tab G20 budget tablet for the Indian market. Now the company’s second Moto G tablet is on the way, and it looks like more of a mid-range device with upgraded specs in a number of areas.

The Moto Tab G70 is an 11 inch Android tablet with a 2000 x 1200 pixel display, a MediaTek Helio G90T processor, 4GB of RAM, 64GB of storage, and quad speakers with Dolby Atmos sound. It will be available from Indian retailer Flipkart starting January 18, 2022. 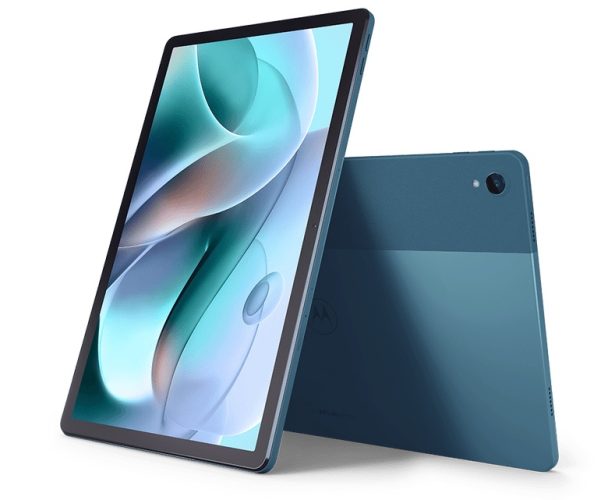 The tablet will ship with Android 11 software and features a 13MP rear camera, an 8MP front-facing camera, a 7,700 mAh battery and support for 20-watt fast charging.

It’s certified with support for HD video streaming from Netflix and Amazon Prime Video and the display supports up to 400 nits brightness.

According to a set of leaked images posted by Evan Blass, there are also a set of pogo pins on the bottom of the tablet, suggesting that it may be compatible with optional accessories such as keyboard covers or docking stations. As some commenters have noticed, the Moto Tab G70 borrows some design ideas from the Lenovo Chromebook Duet (especially the two-tone color scheme), but that’s hardly surprising since Lenovo owns the Motorola brand.

Motorola and Flipkart haven’t announced a price tag yet, but given that the 8 inch Moto Tab G20 sells for about $150 with a MediaTek Helio P22T processor, 3GB of RAM, 32GB of storage, and stereo speakers, it seems like a safe bet that the new Moto Tab G70 could easily cost around twice as much.

Update: Motorola is now selling the Moto Tab G70 in Brazil for BRL 2,399 or about $435. There’s still no word on if or when the tablet will be available in North America.