The new Moto Tab G20 is a budget Android tablet with an 8 inch display, a MediaTek Helio P22T  processor, 3GB of RAM and 32GB of storage. It goes up for pre-order in India October 2 for Rs 10,999 (about $150), and for the most part the specs would indicate that there’s nothing all that special about the tablet.

But the Moto Tab G20 does mark the return of Motorola to the tablet space after years away. 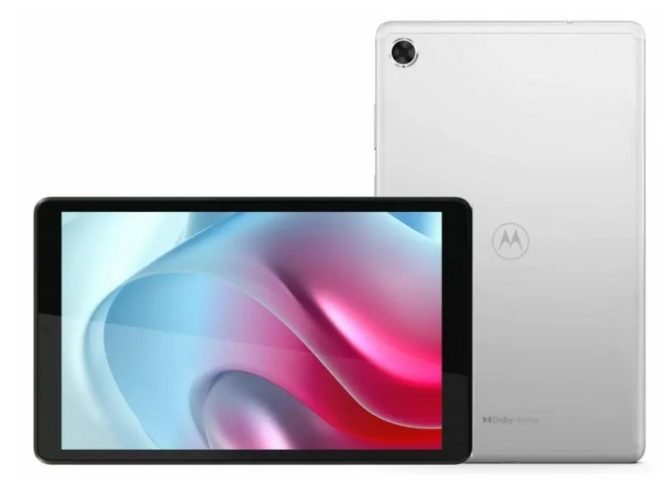 Ten years ago, when Google released the first version of Android that was actually designed to run on tablets and not just phones, Motorola was the first company to ship a tablet with Android 3.0 Honeycomb.

But Motorola only offered a few follow-ups (like the awkwardly named Motorola XYBOARD), and eventually stopped selling tablets as the company went through various changes in ownership (with Google acquiring Motorola Mobility and then selling it to Lenovo).

These days Motorola’s parent company Lenovo does offer a line of budget, mid-range, and premium Android tablets. So I can’t decide if it’s a surprising move or an obvious one that the company would leverage the Motorola brand for a new budget device that seems very similar to existing devices like the Lenovo Tab M8 HD and the Lenovo Tab M8 FHD. 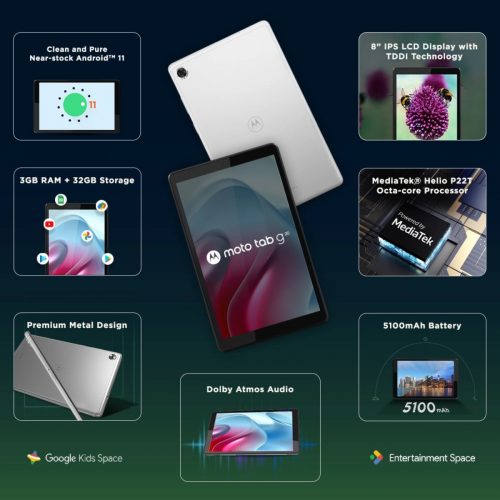 The Moto Tab G20 has an 8 inch, 1280 x 800 pixel IPS LCD display like the Tab M8 HD, but it has the same memory, storage, and processor as the FHD model. The good news is that the Tab G20 will ship with Android 11, while Lenovo’s budget tablets are still shipping with Android 9.

Other features include a 5,100 mAh battery, stereo speakers with Dolby Atmos sound, a 3.5mm audio jack, USB-C port, and a microSD card reader. there’s a 5MP rear camera with autofocus and a 2MP front-facing camera, and the Moto Tab G20 supports WiFi 5 and Bluetooth 5.0.

Interestingly, images seem to show a SIM card slot, but the only version of the Moto Tab G20 announced so far is WiFi-only.

via MySmartPrice and GizmoChina and FlipKart