Smartphones have changed a lot since Motorola launched its first Moto Z smartphone in 2016. Display aspect ratios are wider (or taller, I guess). Bezels are slimmer. Notches are a thing.

That presents special challenges for a line of phones that have one distinctive feature: support for modular add-ons that snap onto the back of the phone. The company has had to make recent phones the same size and shape as their predecessors in order to keep compatibility with existing Moto Mods.

And it looks like the company is going to keep doing that this year — CompareRaja and @OnLeaks have posted a set of images that allegedly show what the upcoming Moto Z4 Play will look like when it launches later this year. 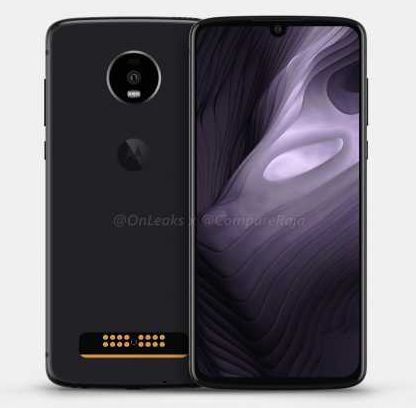 The phone is said to have a 6.2 inch display and a waterdrop-style notch in the screen where you’ll find a front-facing camera. It’s unclear if the phone also has an in-display fingerprint sensor, but since there’s no visible fingerprint scanner on the back or sides of the phone, that does seem likely.

Despite the modern screen specs, the phone measures about 158mm x 75mm x 7.25mm, making it pretty close in size to older Moto Z phones. That means you should be able to use existing Moto Mods to add a battery, speaker, projector, or other accessory to the upcoming phone.

The Moto Z4 leak is based on CAD design files, so there’s no information about the processor or other specs. But it looks like the phone features a single-lens rear camera, a USB Type-C port, and a 3.5mm headphone jack.