Motorola’s Moto Z smartphones are designed to work with add-ons that snap onto the back of the phone, including speakers, battery packs, and projectors, among other things. They’re called Moto Mods, and in June Motorola announced four new modules were on the way, including one that gives any Moto Z smartphone physical game controller buttons.

The company promised the Moto GamePad would sell for $80, but that’s about all we knew at the time.

Now we also know when and where you’ll be able to buy one: August 25th, from Verizon. 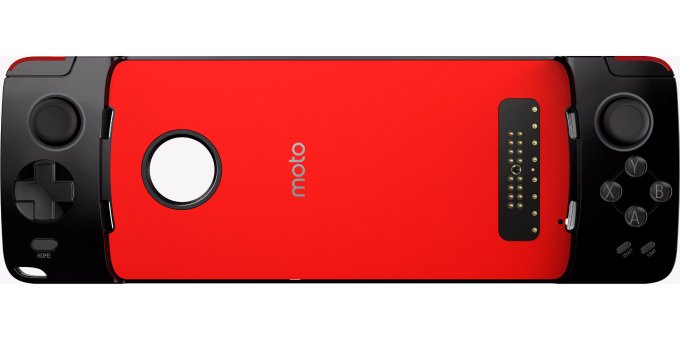 For some reason, the Moto GamePad will be available exclusively through Verizon, at least at launch. You don’t necessarily need to be a Verizon wireless customer to buy one, but it’s still an oddly limiting choice.

The Moto GamePad is already a relatively expensive smartphone accessory that works with a relatively small number of phones. Telling customers they can’t buy one from Motorola.com, Amazon, Best Buy, or other retailers seems like an odd choice.

The GamePad features a 1,035 mAh battery that’s said to offer up to 8 hours of additional battery life for the phone (presumably when you’re not using it to play games), and adds dual control sticks, a D-pad, and action buttons that you can use during mobile gaming sessions.