Motorola’s latest mid-range smartphone is now available in the US. First unveiled earlier this month in Brazil, the Moto G7 features a 6.2 inch display, a Qualcomm Snapdragon 632 processor, 4GB of RAM, 64GB of storage, and dual rear cameras.

It’s available unlocked from the Motorola website for $299 and the phone supports Verizon, AT&T, T-Mobile, and Sprint (and Google Fi, which is taking pre-orders for $249). 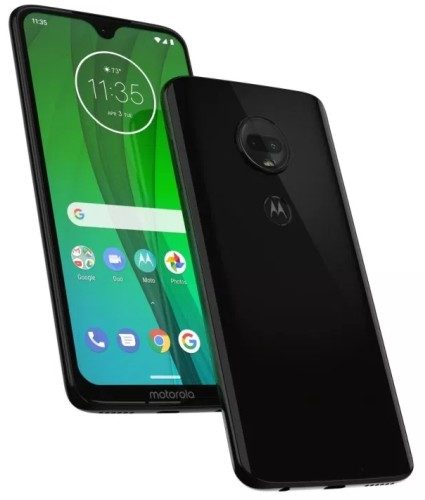 The smartphone is one of four new G7-series models Motorola unveiled this month, but the Moto G7 Power, Play, and Plus aren’t currently available in the US and it’s unclear if or when they will be.

Update: The Moto G7 Power and Play are coming in March and April, respectively.

The Moto G7 has a waterdrop-style notch in its 2270 x 1080 pixel display. It  wraps around the phone’s 8MP front-facing camera.

On the back of the phone there’s a 12MP camera and a 5MP camera as well as a fingerprint reader. It also supports face unlokc.