The Motorola G22 smartphone is hitting select markets in Europe for 170 Euros (about $185) and Motorola says it’s heading to additional regions including Latin America, the Middle East, and Asia in the coming weeks.

While the phone is priced below $200, it has a few stand-out features including a 90 Hz display and NFC support. The Moto G22 also has some things that we don’t often find in higher-priced phones these days, like a headphone jack and microSD card reader. 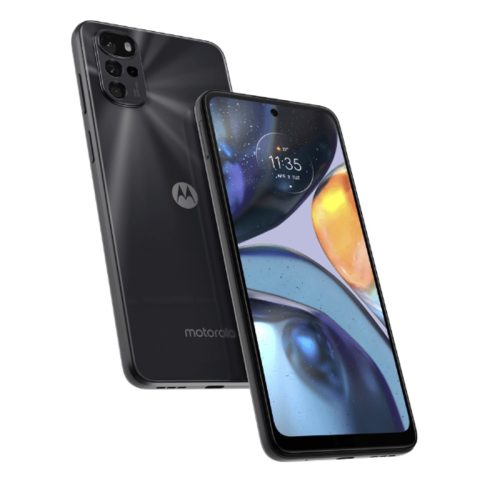 Not all of the specs are premium. The phone is powered by a MediaTek Helio G37 processor, for example. It lacks support for 5G networks. The display has a resolution of 1600 x 720 pixels. And while the phone comes with up to 4GB of RAM and 128GB of storage, entry-level models will have just 64GB of storage.