Motorola’s Moto G line of smartphones have built a reputation for offering high-quality hardware at a low-to-mid range price. The latest model available in the US has a 5 inch, 1280 x 720 pixel display and a Qualcomm Snapdragon 410 processor.

But Motorola has just unveiled a more powerful version which will be available soon in Mexico. It’s called the Moto G Turbo and it has a and a Snapdragon 615 processor.

Update: It turns out the Moto G Turbo actually has a 720p screen, just like the original. But other specs are still a bit of an upgrade. 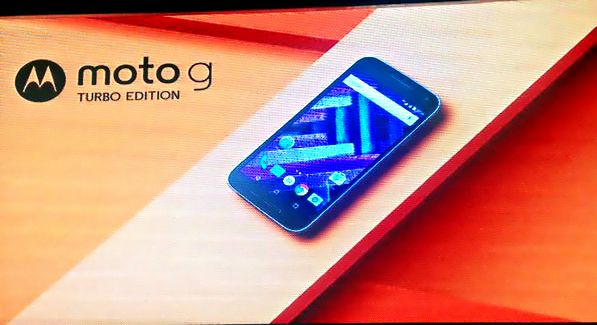 The phone has 2GB of RAM, 16GB of built-in storage, a microSD card slot for removable storage, a 13MP rear camera, and a 5MP front camera.

The Moto G Turbo has dual SIM card slots, 4G LTE and HSPA+ networks, 802.11b/g/n WiFi, and Bluetooth 4.0, has an IP67 water resistant case. Motorola says the battery should last all day and it supports the company’s Turbo Charging for quick recharging.

Motorola plans to launch the Moto G Turbo in Mexico November 13th for about $283.

There’s no word on if or when we’ll see this model in other markets.