Less than a week after the Motorola Moto G 2015 model went on sale, folks have already figured out how to root the phone and install a custom recovery. This opens the door for running apps that require superuser permissions, making complete backups of your device, and installing custom updates, firmware, or even replacement operating systems (custom ROMs). 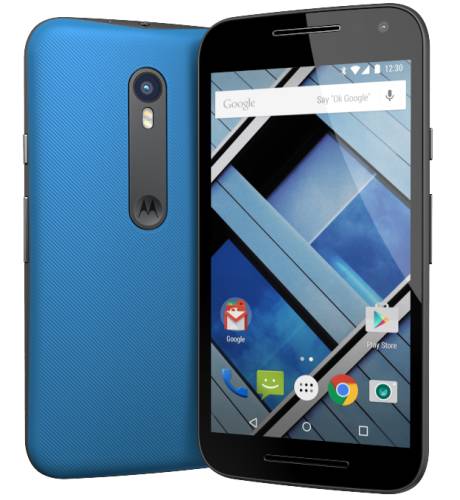 The latest Moto G has already made headlines because of its relatively low price tag, solid feature set, and customizable design. Now it looks like the software may be customizable as well.

Sure, the Moto G is hardly unique in this respect. It’s possible to root, unlock, and install custom firmware on hundreds of Android phones. But this is still a nice bonus for power users considering purchasing Motorola’s new phone which sells for $180 to $220.

It’s relatively easy to unlock the bootloader, which allows you to flash custom firmware. Just note that this will void your warranty.

Motorola doesn’t make it quite as easy to unlock the bootloader of its phone as it is on a Google Nexus device — you’ll need to get a code from Motorola. But once you obtain that code, you can use the “fastboot oem unlock” command with that code.

You can find step-by-step instructions at Tech Droider.

Next up, you’ll need to replace the stock recovery with a custom recovery… either temporarily or permanently.

Xda-developers forum member squid2 is working on a build of TWRP for the 3rd-gen Moto G, and a number of people say they’ve successfully used it to either boot into the Team Win Recovery Project recovery tool once and/or to install it to their devices.

This custom recovery can replace the recovery partition on your phone with a more full-featured, user-friendly tool that allows you to backup, restore, or erase you device. It also lets you install system updates or replace the operating system with a custom ROM.

Once TWRP is installed, you can use also use it to root your device, install the Xposed framework, or make other changes.

If you’ve made it this far, all you need to do is download the latest version of Superuser to your device, boot into recovery mode, and use TWRP to flash Superuser.

When you reboot your device, you should have root access.

Need a download link and instructions? Tech Droider has some for this step too.

Alright, so what can you do with a rooted, bootloader unlocked device? In addition to running apps that require root permissions such as Titanium Backup or Greenify, you can try installing a custom ROM.

As of August 3rd, CyanogenMod 12.1 is still a work in progress. But since people found out how to root the Moto G 2015 and install TWRP just days after the phone was released, I suspect it won’t take long for folks to start porting existing ROMs or designing new ones for this budget smartphone.

Want some of the customization options that come with custom ROMs, but don’t want to actually replace the stock operating system? You can try installing the Xposed framework, which lets you load various modules that can affect a phone’s user interface, behavior, and performance. At least one person says Xposed already works with the Moto G 2015.