Motorola and Google recently both dropped the price of the Moto 360 smartwatch by a significant amount. What used to cost $250 plummeted to a mere $150. Shortly thereafter, Motorola went even further and reduced the price of the circular smart watch to only $120 with free shipping, at least for a limited time. 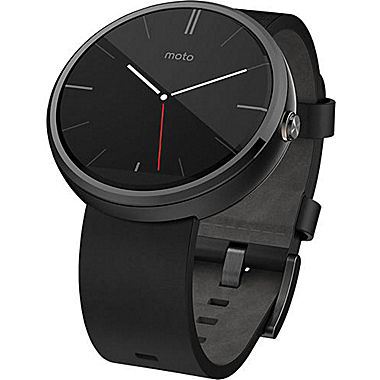 The Moto 360 launched in September of 2014 with a 1.6-inch 320 x 290 pixel LCD display, 512MB of RAM, 4GB of storage, and a Qi wireless charging dock. It is available in gray, stone, and black with a stainless steel case. It was the first Android Wear device to feature a round face.

To get the additional $30 off of your purchase, visit Motorla’s webpage to order your device. When prompted, enter the coupon code MOTOMAKERAFTAB to receive the discount and free shipping.

Rumor has it that the next-generation Moto 360 will have an increased pixel density of 360 x 360 (clever, right?) and runs on Anroid 5.1. Maybe Motorola will stock it with LG Chem’s new hexagonal battery, too.

If Motorola is, indeed preparing to launch a second-generation version of the device, it makes sense that the company would begin clearing stock for what would likely be a fall launch. Meanwhile, consumers get to take advantage of the clear out.