Electronics companies seem to be banking on smartwatches being the next big thing. Practically every major device maker has already announced one or is expected to launch one soon.

MOTA already has a smartwatch… so the company’s taking the next (il)logical step and announcing something smaller: meet the MOTA SmartRing.

Update: The MOTA SmartRing has raised more than $100,000 in crowdfunding, hitting its campaign goal. 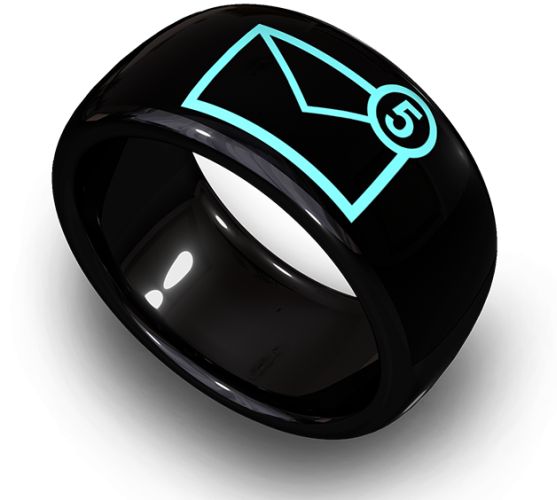 The SmartRing slips onto your finger and pairs with your iPhone or Android phone over Bluetooth. You can then view tiny notifications by glancing at your finger.

MOTA says the SmartRing can show notifications for email, text messages, calendar appointments, or incoming calls. It can also support other apps including Facebook or Twitter. You can view a text notification and you can also set the ring to vibrate when a message arrives.

The ring is water resistant.

MOTA plans to show off the ring at the IFA show in Berlin this week, where we may learn more about pricing, the release date, and other specs including the screen resolution and battery life.

At a time when it’s not entirely clear if shoppers want to buy smartwatches nearly as much as manufacturers want to sell them, I suspect smart rings will be a very niche product.

14 replies on “MOTA SmartRing: Because smartwatches are too… I dunno”