It’s also a compact computer that measures just 5.9″ x 5.7″ x 2.6″. First unveiled in August, the Morefine S600 is now available for pre-order through an Indiegogo crowdfunding campaign. Super Early Bird prices start as low as $669 and the company says it expects to begin shipping S600 mini PCs to backers in November. 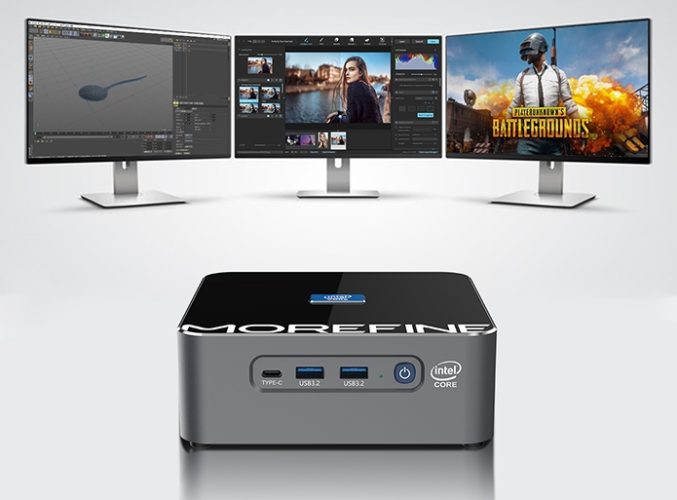 The little computer basically stuffs a processor designed for mobile workstations or gaming laptops into a compact aluminum-magnesium alloy desktop shell with plenty of ports and expansion options. 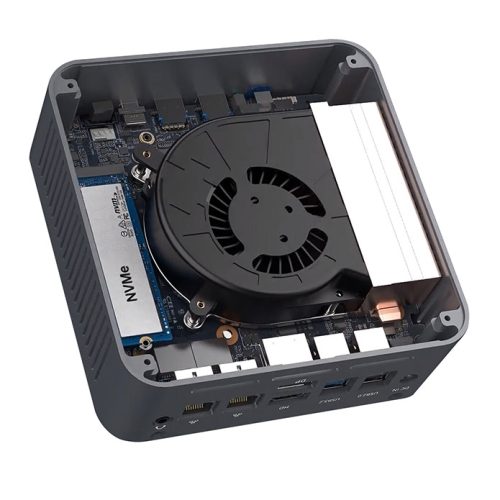 While the system doesn’t have any Thunderbolt ports, the single USB Type-C port does support DisplayPort Alt Mode, meaning you can use it as a third display port. All told, you should be able to connect up to three 4K/60Hz displays to the Morefine S600.

You probably won’t be able to connect an external graphics dock though, so the Morefine S600 may have a reasonably high-performance processor and enough graphics power to handle media playback, productivity, and multiple displays, but if you want to use it for gaming you’re probably going to want to stick with less demanding titles or use game streaming services.

Wireless capabilities include support for WiFi 6E and Bluetooth 5.2 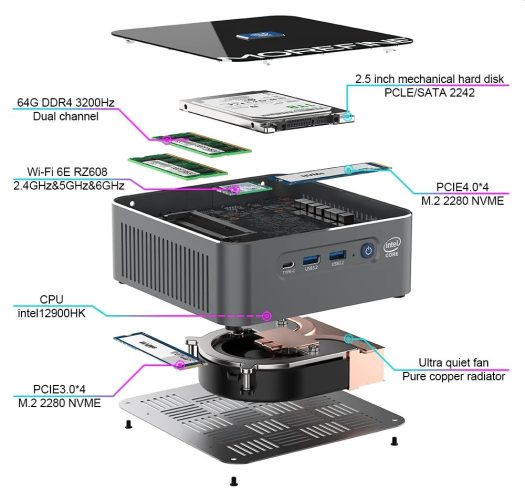 Morefine says retail pricing for the system will range from $999 for a barebones model with a Core i9-12900H processor to $2099 for a Core i9-12900HK model with 64GB of RAM and a 1TB SSD. But backers of the crowdfunding campaign can save up to 33% off those prices.

Morefine isn’t exactly a big name in the global PC industry, but the Chinese company has been shipping mini PCs to customers around the world for the past few years. So while there’s always some risk involved in crowdfunding campaigns, I’d be surprised if the company didn’t end up shipping the S600 on or close to schedule. But as a general rule I also don’t expect the same level of customer service, tech support, or quality control from Chinese PC makers that ship globally as I do from bigger-name companies with a more established presence in Western markets.