The next small form-factor computer from Morefine is a 6.1″ x 3.1″ x 0.75″ model with a quad-core Intel Celeron Jasper Lake processor.

The Morefine M6 will go up for pre-order soon through an Indiegogo crowdfunding campaign. 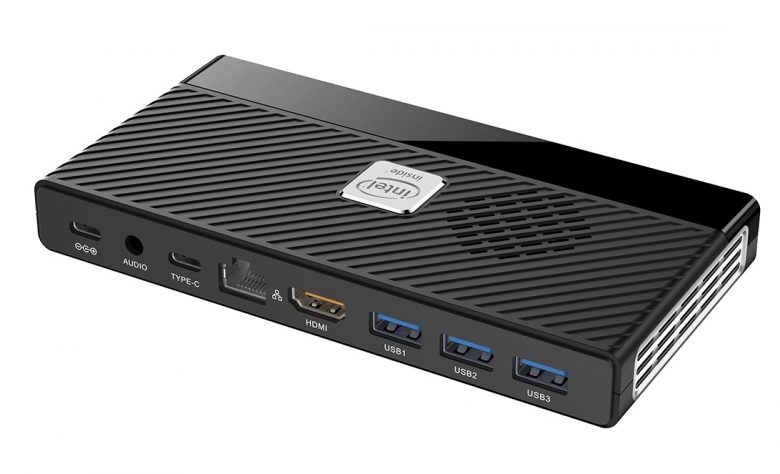 While the computer is tiny, it also looks pretty versatile, with room inside for both an M.2 2280 solid state drive and a second M.2 2242 drive. There’s also a decent selection of ports along the back including:

Morefine says the computer will ship with Windows 10 (it’s unclear whether it qualifies for a free Windows 11 update) and features an Intel AX201 wireless card with support for WiFi 6 and Bluetooth 5.2.

The computer is actively cooled, with a fan inside the case, so don’t expect silent operation. But hopefully you also won’t see significant throttling of performance due to overheating either.

As for exactly which Intel Jasper Lake processor the computer uses, that’s a little less clear. The Indiegogo preview page mentions a 10-watt Intel Celeron N5105 chip in some spots, but in another it says the computer will have a Celeron N5095 processor.

Both chips are quad-core processors with 2 GHz base frequencies, support for burst speeds up to 2.9 GHz, and Intel UHD graphics. But the Celeron N5095 is probably better suited to tasks that involve CPU performance, thanks to the higher frequencies, while the Celeron N5105 may be a better option for graphics, since it has 50% more GPU execution units and supports higher graphics burst frequencies.

Hopefully Morefine will clarify exactly which processor is used in the Morefine M6 by the time it starts collecting money for the little computer.