The Samsung Galaxy Tab A7 Lite is an upcoming Android tablet with an 8.4 inch display, a Mediatek Helio P22T processor, 3GB of RAM, a 5,100 mAh battery, single cameras on the front and back and a metal body.

Samsung hasn’t officially launched the tablet yet, but it’s expected to hit the streets in June according to details that first leaked in February. Now Evan Blass has shared a few more details as well as a high-resolution image. 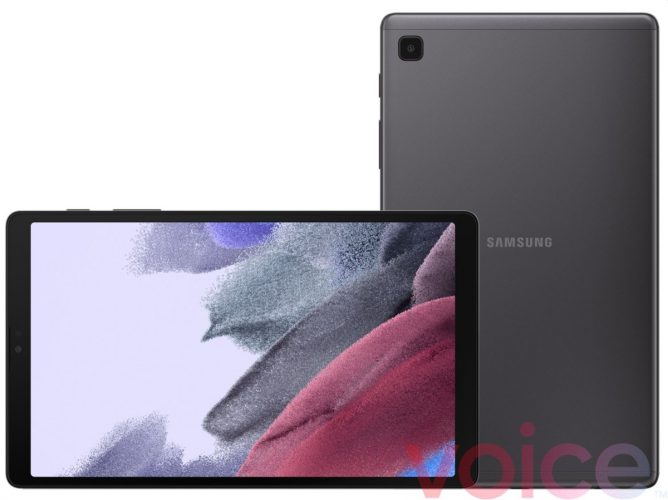 While we already knew that the Galaxy Tab A7 Lite would be a budget or mid-range device, the processor and memory details from Blass confirm that this is very much not a premium device. Another telltale sign? There’s no LED flash for the rear camera.

The Helio P22T processor is  12nm chip that features eight ARM Cortex-A53 CPU cores running at up to 2 GHz, PowerVR Ge8320 graphics, support for LPDDR3 or LPDDR4x memory, and support for display resolutions that top out at 1600 x 720 pixels.

Samsung might have something for folks looking for a larger, more versatile tablet as well. In addition to the Galaxy Tab A7 Lite, the company is expected to launch a Galaxy Tab S7 Lite tablet with a 12.4 inch display and optional support for 5G.

That model may have a Qualcomm Snapdragon 750G processor and 4GB of RAM, although those details haven’t been confirmed yet.