There’s no shortage of low-cost laptops on the market today, but most run Google’s Chrome OS or Microsoft’s Windows 10 operating systems. But last year some Chinese device makers started offering models with Jide’s Remix OS as an option, and it looks like more models may be on the way.

Charbax from ARMDevices got a chance to check out a few reference designs from chip maker Allwinner.

These laptops have entry-level specs, low price tags, and a custom version of Android that adds desktop-style features like a taskbar, desktop, and support for running most Android apps in resizeable windows. 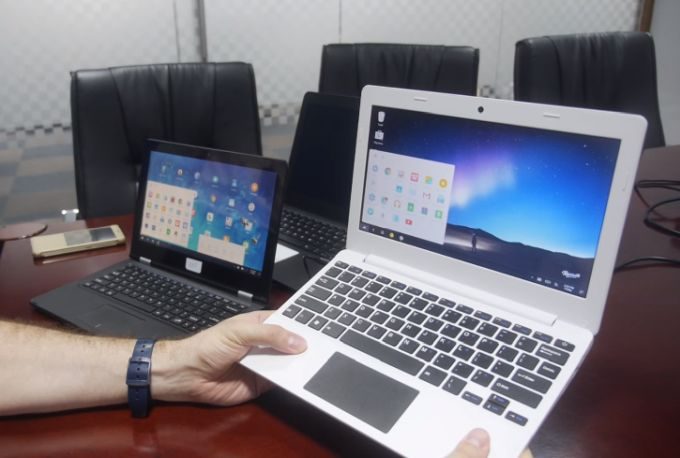 He notes that prices could be as low as $79 for some models… but only if you place a large order for hundreds or thousands of units with barebones specs (like 1GB of RAM and 8GB of storage). Actual prices for individual laptops are likely to be a bit closer to what you’d pay for an entry-level Chromebook (I’d guess somewhere between $120 and $200).

Allwinner is showing designs featuring its Allwinner A64 quad-core, 64-bit processor and its octa-core Allwinner A83T 32-bit chip. Each of the prototypes has a 1366 x 768 pixel display and it doesn’t seem like there are any models with more than 2GB of RAM or 32GB of storage, although it might be possible that we could see versions with better specs in the future.

There’s no word on when you’ll be able to buy one of these laptops with Remix OS.