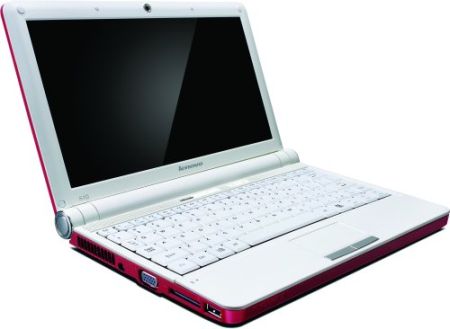 Want a Lenovo IdeaPad S10 netbook with a 160G hard drive, 1GB of RAM and Bluetooth? Tough. Right now the only configuration available comes with an 80G hard drive, 512MB of RAM and no Bluetooth. But jkOnTheRun’s James Kendrick has been checking out a review unit that has Bluetooth and more RAM and a larger HDD than yours.

Putting aside the fact that it seems ridiculous for laptop makers to send out review units with better specs than the models consumers will be able to purchase, it looks like Lenovo is more than capable of releasing a souped up version of the IdeaPad S10. And Kendrick reports that according to a new spec sheet from lenovo, the company plans to do just that.

While there’s no mention of Bluetooth on the sheet, it looks like higher capacity hard drives and additional RAM will be on their way soon, as well as a 6-cell battery. Right now only a 3-cell version is available. No word on pricing yet.

Update: As several people have pointed out in the comments, the future is today. You can already get a Lenovo IdeaPad S10 with 1GB of RAM, a 160GB hard drive, and Bluetooth in some locations. In the US, Circuit City is selling a 1GB RAM, 160GB HDD model with no Bluetooth for $450.