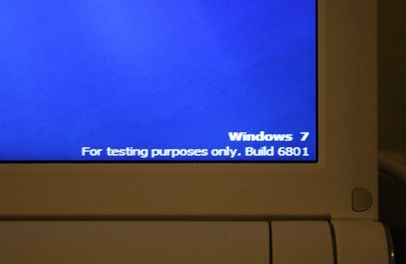 We’ve already seen that you can load a pre-beta build of Windows 7 on an MSI Wind, Eee PC 1000H, or HP 2133 Mini-Note and expect decent, if not stellar performance. But just in case you need further convincing that Windows 7 will run on netbooks, here are two more examples.

Sascha at Eee PC News installed the operating system on a Samsung NC10 and fluing at NetbookTech is running it on a Lenovo IdeaPad S10. They’ve both posted a ton of photos. Of course, to the casual observer, Windows 7 looks a lot like Windows Vista. But it’s got a few new features, reportedly uses a bit less RAM, and is fairly responsive even on netbooks which don’t have particularly fast processors.

Another bonus is that pretty much everyone who has tried installing Windows 7 on a netbook has reported that a few drivers were missing at first boot, but that they were able to find drivers online or use Windows XP drivers to get almost all of the hardware up and running.