The JingPad A1 is a tablet with an 11 inch AMOLED touchscreen display, support for digital pen input, and a detachable keyboard that lets you use the tablet like a laptop. It also has an operating system that’s designed for both tablet and laptop mode.

That’s because the JingPad A1 will be the first tablet to ship with JingOS, an operating system developed by Chinese company Jingling that’s a custom Linux distribution designed for tablets but capable of running desktop applications (as well as some Android applications).

First unveiled in March, the tablet will go up for pre-order soon through an Indiegogo crowdfunding campaign. Jingling hasn’t announced a price yet, but an Indiegogo preview page is now live, and folks who sign up with an email address may be able to save 40-percent when orders open up in May. 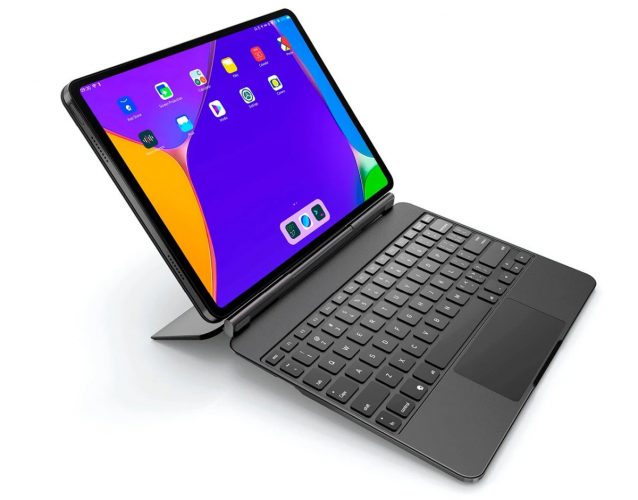 Jingling has also released a promotional video that gives us a better look at the tablet and its accessories including a pen with support for 4096 levels of pressure sensitivity and a keyboard with a kickstand and hinge that should provide a laptop-like experience when the tablet is docked.

The tablet has a 2368 x 1728 pixel display with a 4:3 aspect ratio, a Unisoc Tiger T7510 octa-core processor, 8GB of RAM, and 256GB of storage. It also has a cellular modem. Jingling says the tablet supports 4G LTE wireless networks in most countries, but only promises 5G support for “some countries.” A detailed list is expected in June.

Here’s an overview of the JingPad A1’s hardware specs:

As for software, the tablet will ship with the latest version of JingOS, a Linux distribution that’s based on Ubuntu Linux and which incorporates elements of KDE Plasma and Plasma Mobile (although Jingling hopes to move away from Plasma Mobile eventually and use only its own user interface).

But according to comments in the official JingOS Discord server, the JingPad A1 has an unlocked bootloader and the company will encourage members of the Linux community to port other operating systems, so it’s possible we could see Ubuntu Touch, postmarketOS, or other Linux-based operating systems running on this hardware at some point. Although without mainline Linux support for the tablet’s processor, developers may have to use Halium so that Linux distributions can talk to the tablet’s hardware using Android drivers.