Earlier this month we learned that Google may be planning to expand the Pixel 3 smartphone lineup with a Pixel 3 Lite. It’s said to have a less powerful processor, less storage, and a lower price tag than the Pixel 3 and Pixel 3 XL… but it has the same high-quality camera.

Russian website Rozetked has already published a bunch of hands-on photos, and now Ben Geskin has shared an image on Twitter showing the phone next to a Pixel 3, while Wylsa has posted series of images showing the phone side-by-side with other phones. 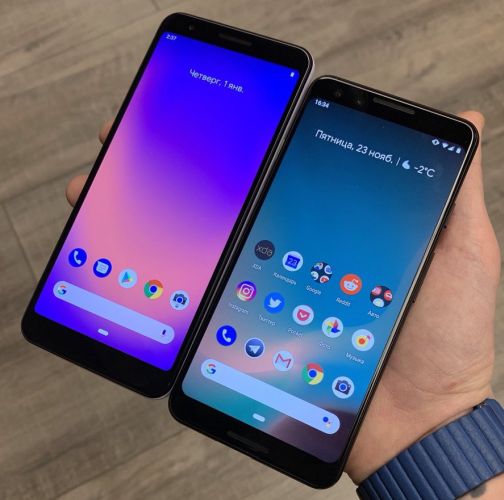 It appears to be a little larger than a Pixel 3 (which has a 5.5 inch notch-free screen), but smaller than the Pixel 3 XL (6.3 inch screen with a camera cut-out).

The phone also has a plastic body (the more expensive models have aluminum frames and glass backs).

While there’s no word on the official price, the differences in processor, storage, and materials suggest that the Pixel 3 Lite should be significantly more affordable than the Pixel 3, which has a Snapdragon 845 processor and a starting price of $800.

There is one thing the Pixel 3 Lite has that its more expensive siblings lack though: a 3.5mm headphone jack.

You can find more images at Wylsa.