Acer has already announced plans to launch an 8 inch Android tablet with an Intel Atom Bay Trail processor. Now it looks like a new Windows 8.1 model is also in the works.

The Android model will likely be called the Acer Iconia A1, and it’s expected to feature a Bay Trail chip and a 7.9 inch display. It was briefly mentioned by Intel at the Intel Developer Forum earlier this month.

But in late August, a German member of the PocketPC.ch forum noticed a Windows model called the Acer Iconia W4-820.

Update:  The tablet made a recent appearance in the Netherlands. 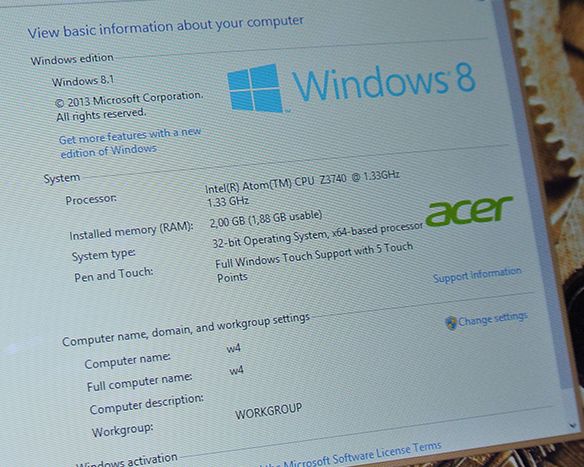 The tablet is expected to ship by the end of October, 2013 (around the time that Windows 8.1 is released).

All told, it sounds like a nice upgrade from the Acer Iconia W3 tablet which features a less powerful Intel Atom Z2760 Clover Trail processor. Hopefully the new model will also have a better display. If you view the Iconia W3 from an angle, the colors look washed out and images or video can be hard to make out at all.