Google’s Chromecast is a tiny, inexpensive device that lets you stream internet audio video to your TV. As of late November, 2013 that means you can stream media from a very small group of sites including Netflix, YouTube, Pandora, Hulu Plus, and HBO Go.

But soon you may be able to do a lot more with Google’s $35 Chromecast device. Google is inviting developers to Mountain View to participate in a hackathon December 7th and 8th in advance of the launch of the Google Cast SDK.

In other words, get ready for a rush of third-party Chromecast apps. 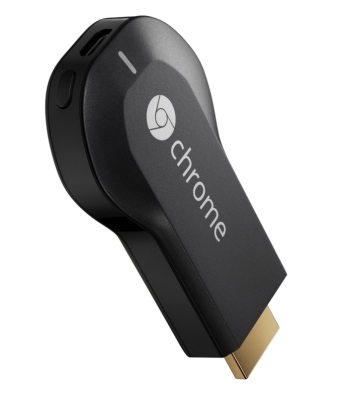 Google already has a beta software developer kit, and folks have been finding ways to do interesting things with a Chromecast, such as streaming video from officially unsupported sites, sending video straight from your phone (or cloud storage) to your TV, or flinging media from your PC.

But until the official SDK is available, Google has basically stopped developers from widely distributing apps that do those things.

The Chromecast device itself features a low-power processor with support for HD video playback and software which is based on Google Android and Chrome OS. It’s capable of doing a lot more than simply streaming videos from YouTube and a few other sites, and soon it may be able to do much more.

I’ve been using a Chromecast for the past few months almost exclusively to stream videos from Netflix, and it’s more than justified the $35 price I paid for it. Anything extra will just be a bonus.

One reply on “More Chromecast apps on the way: Google hosting hackathon in December”