Asus recently launched an updated version of its affordable Zenbook UX305 ultrabook with the new model sporting an Intel Core M Skylake processor rather than the Broadwell chip found in the version I reviewed earlier this year.

But it turns out Asus isn’t stopping at one new model.

There are actually several new versions, including one model with premium specs including a high-resolution screen, double the storage space, and a faster processor. 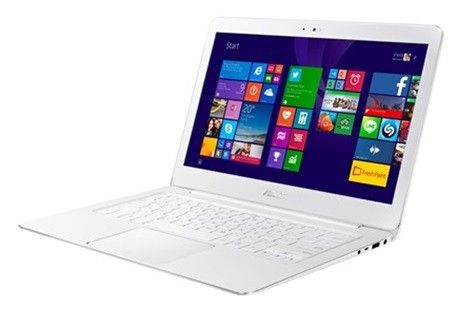 It has the same aluminum unibody case as other models in this series, measures just 0.5 inches thick, and weighs just about 2.6 pounds. The notebook has three USB 3.0 ports, a micro HDMI port, an SD card reader, and features 802.11ac WiFi and Bluetooth 4.0.

And if you’re cool with the older model with a Core M-5Y10 broadwell processor, but wish it had more storage space, Asus has that covered. There’s a new $799 version of the Zenbook UX305FA that sports 512GB of storage.

Just want a good deal on a compact notebook? The original Zenbook UX305FA with 8GB of RAM, 256GB of storage and a Broadwell chip continues to be available for $699… but Asus offers a $100 rebate that brings the price down to $599 when you buy the laptop from select retailers.

There are certainly more powerful thin and light laptops on the market, as well as models with features that the Zenbook UX305 lacks (such as a backlit keyboard). But it’s hard to beat the price of these little guys.