Moon+ Reader is a versatile eBook reader for Android which has a customizable user interface, support for a wide range of eBook file formats, an option to sync bookmarks and your last read position across devices using Dropbox, and many other features. It’s one of  the most popular eBook apps available for Android… and this weekend it was pulled from the Google Play Store.

Update: Moon+ is back in the Play Store, and the Pro version is half off during the month of February. 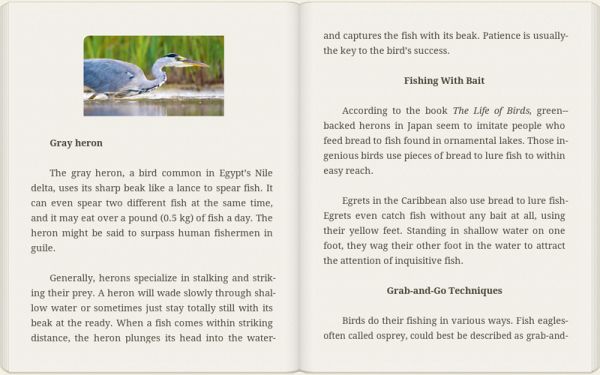 According to posts on the developer’s website, reddit, and other places, it looks like Russian eBook store LitRes.ru complained that Moon+ supports the OPDS protocol which makes it possible to find and download pirated books using the built-in browser.

That’s sort of like saying a web browser supports piracy because you can use it to search for, and download pirated movies or MP3 files.

OPDS is simply a format for cataloging eBooks, and it’s used by eBook catalogs offering free or public domain works including Project Gutenberg, the Internet Archive, and Feedbooks, as well as by pirate catalogs.

It’s likely that Moon+ could be returned to the Play Store after Google  reviews the case — but we live in a litigious world where sometimes it’s safer to agree to a takedown first and ask questions later.

In the meantime, you can still download free or paid versions of Moon+ Reader  from the developer’s website, from the Amazon Appstore

, or  from other Android app stores — but the Play Store is the most important Android marketplace around, so it’s bad news for any developer when an app is pulled… whether temporarily or permanently.

There are some other excellent free ebook apps  in the Play Store, including Aldiko, CoolReader, FBReader, and Fabrik. But Moon+ is one of the most powerful and versatile options available… and it’s certainly not the only one to support OPDS catalogs, which makes the takedown somewhat troubling.

Incidentally, LitRes offers its own Android app — and reviewers are panning it in the Play Store in retribution for the company’s actions against Moon+.

Update: LitRes has released a statement (thanks Nate!) claiming that it took action against three eReader apps (CoolReader, Reader, and Moon+ Reader) after finding what it says were links to pirated websites within the apps… but that after the developer of Moon+ responded and updated the app LitRes has removed its complaint with Google. It could still take up to a month before Moon+ returns to the Play Store though.

Since I don’t have a copy of any of those eReader apps from a few days ago (before this all started), I’m not in a position to judge whether there were actual links to catalogs of pirated books, or just links to legitimate sources of free and paid eBooks.

Anyone care to weigh in?