It looks like there’s a new E Ink slate with support for handwritten notes and drawings. It’s called the MobiScribe and it’s a device with a 6.8 inch E Ink display and support for both finger and pen input.

You can use your fingers to flip pages while reading eBooks or to navigate the user interface. But you can also use a Wacom pen with support for 4096 levels of pressure sensitivity for writing or drawing.

It’s not the first device in this category, but it’s one of the most affordable… at least during a crowdfunding campaign. The MobiScribe is expected to have a retail price of $339 when it ships in February, but it’s currently going for as little as $199 during an Indiegogo campaign.

That price includes a MobiScribe, pen, and cover — but it’s only good for the first 150 backers. After that the price goes up to $214.

A few things to keep in mind before placing an order:

The product seems to come from a company called TeamUC, which has a listing for an eReader with similar specs, but a slightly different looking design on its website. But the MobiScribe crowdfunding campaign creator is simply listed as “Michael H,” of San Jose California, and it’s a campaign with “flexible funding,” which means that even if the campaign didn’t meet its $30,000 goal (which it already has), the campaign would have been funded.

So… proceed with caution, I guess? Or you could wait for one of the new Onyx E Ink slates to hit the market.

Update: Apparently there was a typo on the crowdfunding page, and the MobiScribe will actually have 1GB of RAM, not 512MB. 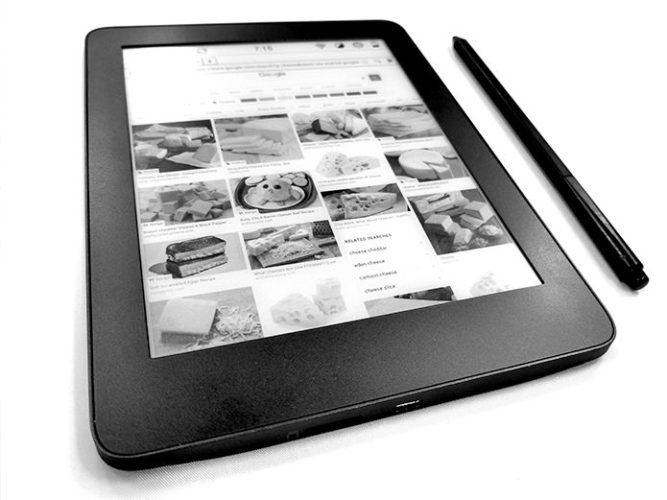 Other features include 802.11b/g/n WiFi and a micro USB port.