PostmarketOS is a Linux-based operating system designed for smartphones and tablets. Originally envisioned as a solution to breathe new life into old Android phones, these days it’s also a popular solution for new devices that never shipped with Android in the first place, like the PinePhone,  PineTab, and Librem 5.

This week the postmarketOS team released version 22.12 of the operating system, and it brings a bunch of software updates, one major new feature (for supported phones), and support for two more devices: the Fairphone 4 and Samsung Galaxy Tab 2 10.1 inch tablet. 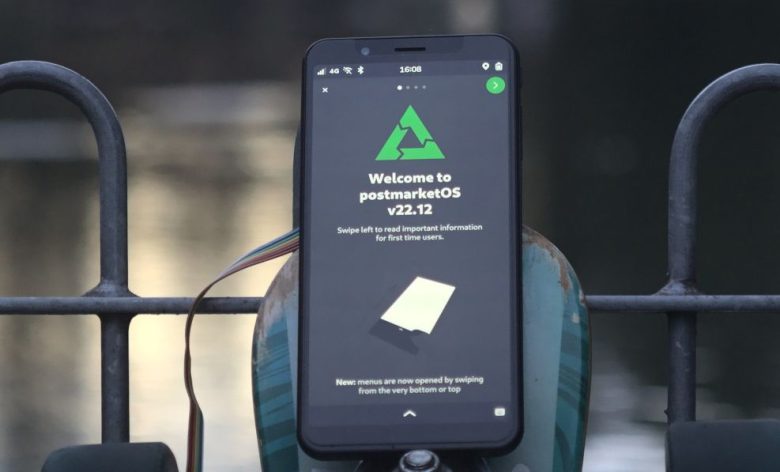 Fairphone 4 support is a welcome, but unsurprising update. Released a little over a year ago, the phone ships with Android, but it’s designed support other operating systems. And Fairphone’s ethos aligns pretty well with that of the folks who develop postmarketOS and other mobile Linux distros: Fairphone positions the phone as a device that should be usable for at least 5 years thanks to long-term software support and a modular design that allows you to replace (or possibly even upgrade) components.

The Samsung Galaxy Tab 2, meanwhile, is a 10-year-old tablet that is no longer supported at all by its maker. It originally shipped with Android 4.0, which has long-since been abandoned by Google. But installing postmarketOS could give users a way to keep using the tablet while still taking advantage of up-to-date software including a modern web browser and the latest security updates.

That said, postmarketOS doesn’t have the same ecosystem as Android – there are millions of touch-friendly Android apps that don’t have mobile Linux counterparts. And while there are ways to run Android apps on Linux tablets, I’d be surprised if the Galaxy Tab 2 10.1″  was powerful enough to handle Waydroid or Anbox very well.

The addition of Fairphone 4 and Samsung Galaxy Tab 2 10.1″ support means that there are now 31 devices officially supported by postmarketOS. You can find the full list in the release announcement.

That includes phones like the OnePlus 6, OnePlus 6T, SHIFT6mq, and Xiaomi Pocophone F1.

According to the release notes, it’s still “experimental” and potentially buggy, but it allows users to make phone calls without relying on Android drivers.

PostmarketOS can run several different user interfaces including Sxmo, Phosh and Plasma and all of them have been updated in the six months since the last stable release of the operating system.

So postmarketOS now supports Sxmo 1.12.0 (with performance and reliability improvements), Phosh 0.22 (with support for notification actions on the lock screen), and Plasma Mobile Gear 22.09 (with a lot of changes including clear all buttons in the notification tray and task switcher).

You can find more information about postmarketOS v22.12 in the release announcement.