Contrary to popular belief, Facebook doesn’t use your phone’s microphone to listen to your conversations and then show you targeted ads. But it turns out that some other mobile apps are doing something pretty close.

The New York Times reports that there are more than 250 Android games, and some iOS apps as well, that use software developed by Alphonso to use your phone’s microphone to figure out what TV shows and commercials you’re watching… and the show you targeted ads. 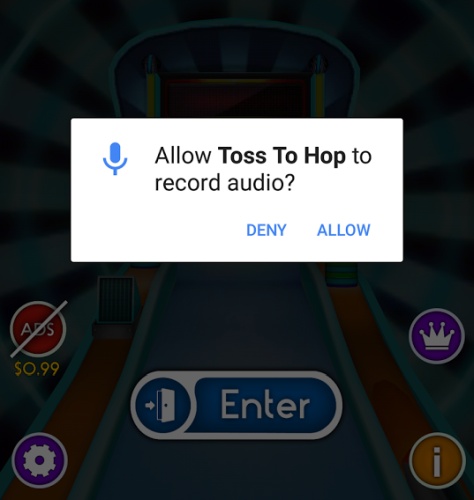 Alphonso says its plugin doesn’t record human speech, just the signals required to figure out what you’re watching… even when you’re not actively using your phone.

I did take one of the games with the software for a spin, opting not to let the game record audio or access my location. The game worked just fine without those permissions, since they only affect advertising.

The moral of this story is that if you’re creeped out by the idea of your phone sending data about your TV viewing habits over the internet, you should probably pay close attention to the permissions requested by an app. If you can’t think of a reason why it would need to record audio, try refusing that permission and see what happens… or just uninstall the game and find something else to play.

Or you could follow Alphonso’s opt-out instructions to limit advertising and/or microphone access on an iOS or Android device.