Now that there are a handful of smartphones designed to run GNU/Linux distributions, there are a growing number of developers creating phone-friendly operating systems.

One of the latest is called Mobian, and while it’s not exactly a brand new distribution, it is a set of software that makes it possible to run the popular Debian operating system on a smartphone or tablet.

The developers did that by adding the Phosh user interface to Debian to make it look and feel more like a smartphone operating system and also by adding a set of mobile apps for web browsing, file management, gaming and communications.

There are already Mobian images available for the Pinephone, and there are plans to bring the software to the Librem 5 smartphone and PineTab tablet as well. 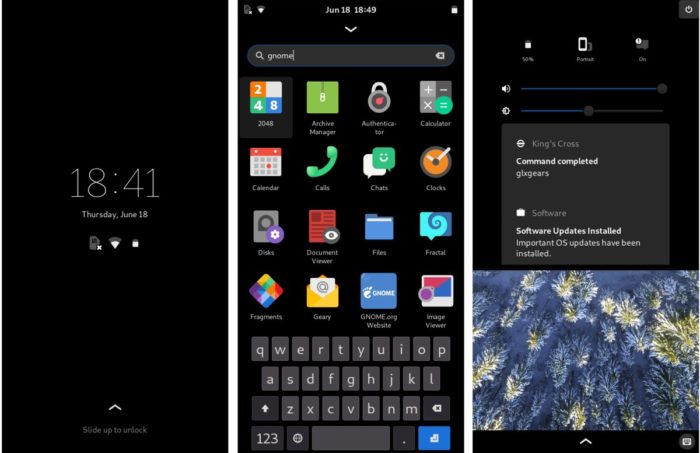 The latest nightly builds of Mobian for the Pinephone support WiFi and mobile data as well as Bluetooth and GPS. Hardware-accelerated video is working, as is audio. But there are still some hardware features that Mobian doesn’t yet support including the camera, full disk encryption, USB networking, and USB OTG.

Mobian is still very much a work in progress, and the developers note that the phone can take a long time to wake up from a phone call, GPS doesn’t work with web apps, and users may experience random crashes and/or WiFi instability, among other issues. But there are troubleshooting tips in the Mobian Wiki.

via Pine64 and 9to5Linux