Now they’re preparing to launch a brand new device. And this time, it’s… smaller. The MNT Pocket Reform is a 7 inch mini-laptop with an ortholinear keyboard, a modular (and customizable) design, and an emphasis on open hardware and open source software. 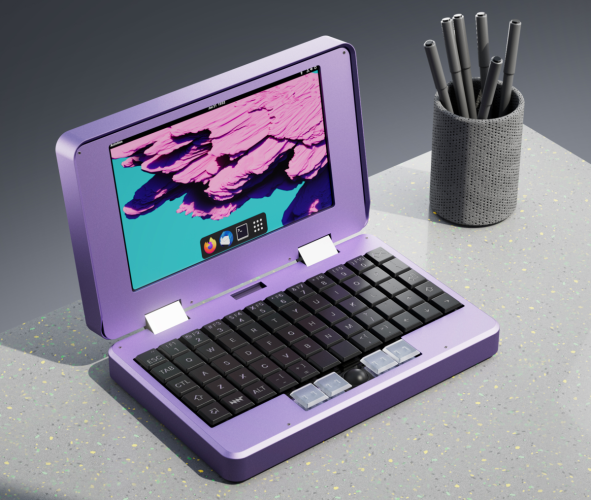 MNT has been working on the Pocket Reform since last year, but now the team has revealed the near-final design and specs, including:

At the heart of the system is a removable system-on-a-module (SOM) featuring a processor and memory. The standard module will feature a 1.8 GHz NXP i.MX8M Plus quad-core ARM Cortex-A53 processor with Vivante GC7000UL graphics and an neural processing unit plus 4GB or 8GB of DDR4 memory. But other options include: 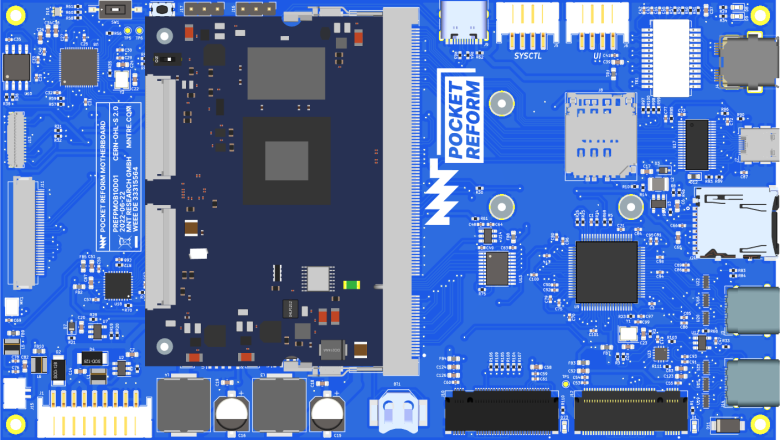 The modules are also interchangeable with the full-sized MNT reform, which means that if you already have a module for the 12.5 inch laptop it should work with the new 7 inch model, and vice versa.

The Pocket Reform measures about 200 x 126 x 45mm (7.9″ x 5″ x 1.8″) and features a built-in mono speaker, a microphone (with a hardware kill switch that lets you disable it when not in use), and two USB Type-C ports, a micro HDMI port, Ethernet jack, and microSD card reader.

For storage, the system supports up to 128GB of eMMC flash storage and also has an M.2 slot for up to 2TB of PCIe NVMe solid state storage. The system is powered by an 8,000 mAh battery. 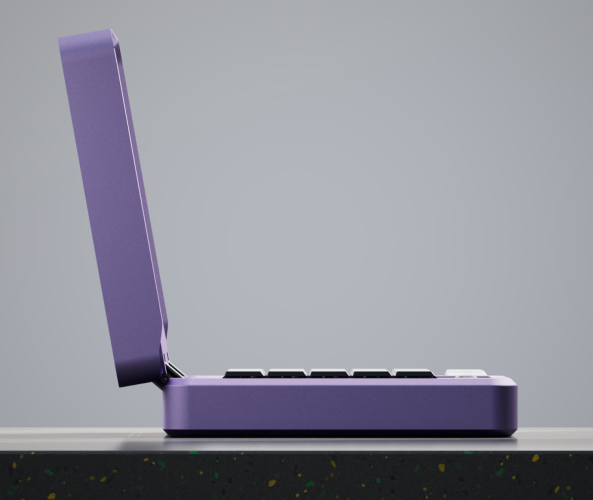 Wireless capabilities will vary depending on the SOM, but if you opt for the default NXP i.MX8M Plus configuration then you’ll get support for WiFi 5 and Bluetooth 5.0 out of the box. There’s also optional support for a WWAN card and SIM card slot if you want to add 4G or 5G cellular support.

MNT says supported operating systems include GNU/Linux distributions such as Debian, Arch, and Ubuntu as well as other software including Plane 9 and Genode. Support for OpenBSD is said to be a work in progress.

One thing the company hasn’t announced yet? Pricing. But MNT plans to begin taking pre-orders for a beta version of the Pocket Reform in July in an effort to get the hardware into the hands of hardware and software hackers interested in helping troubleshoot the device before it becomes more widely available.

Folks are interested in helping beta test can sign up for the Pocket Reform Newsletter or keep an eye on the MNT Community forum for more details.