One of the reasons the MK802 and other mini PCs with Allwinner A10 chips have proven popular is because they’re pretty hacker-friendly. These little computers tend to sell for between $50 and $100, come with Android software pre-loaded, and often include root access right out of the box. You can also load Ubuntu, Fedora, Puppy, and other Linux operating systems on many of these devices.

In other words, there’s also a chance you could break something while tinkering with the device. Fortunately it’s pretty simple to restore the original firmware on an MK802. But what about the new MK802 II mini PC? 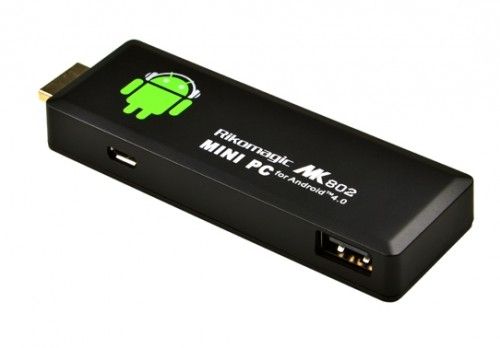 It turns out that’s pretty simple too. The MK802 II doesn’t work with the LiveSuit utility, because the reset/recovery button doesn’t appear to work.

But Rikomagic forum member sehgal.v7 has posted some tools and instruction that let you prepare a microSD card with a recovery image. Then all you have to do is insert that card into the MK802 II, wait a few minutes, and reboot.

That should return you to the stock version of Android 4.0 that came with the device. In other words, if you accidentally mess up the operating system or other software, there’s a way to factory reset the MK802 II.

So hacking the new model just got a little safer. The MK802 II is a lot like the original model, but it has an additional USB port, an HDMI connector that lets you plug the stick directly into a monitor or TV (without a cable), and other hardware improvements.

You can find everything you need to restore an MK802 II to its original state at the Rikomagic forum.