The MK802 is a $74 mini PC running Google Android 4.0. But that doesn’t mean you can’t use it to play console video games or run Windows apps… kind of.

One of the first things people asked me after I posted a few videos of the MK802 in action was whether you could use remote desktop software on it to control a Windows PC, or the OnLive service to stream console video games over the internet. 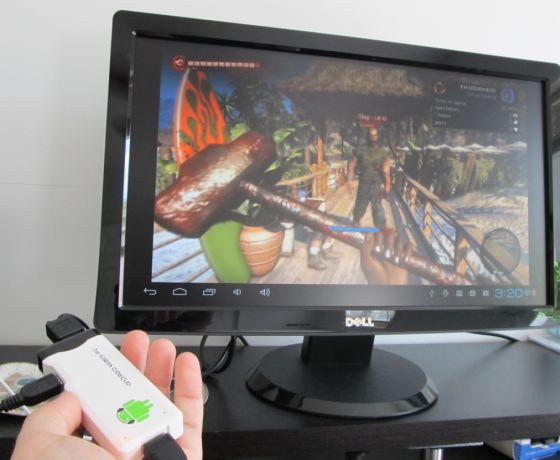 I tried a few different remote desktop solutions. TeamViewer is usually one of my favorites, but I found the Android app to be a little tough to control with a mouse pointer. It was clearly designed for finger input.

So I settled on Wyse PocketCloud, a free app that lets you login to a PC using a VNC server.

It took just a few minutes to install PocketCloud on my Windows machine and on the MK802. Once it was up and running I was able to easily control all my Windows apps from the Android user interface.

PocketCloud includes tools that let you simulate a right-click, bring up a keyboard, access Fn keys, and perform other actions that you might need to do on a Windows computer, but which you wouldn’t normally do on Android.

The page refresh rate is pretty slow, so I wouldn’t count on using PocketCloud to stream videos from your desktop PC to a display connected to the MK802. But if you want to access files or apps on your work computer, remote control a media player hooked up to a PC in another room, or do anything else where a remote desktop solution would come in handy, the MK802 can handle that.

I also installed the OnLive app which lets you play console-quality video games on an Android device by streaming them over the internet.

This lets you play a number of high quality games on Android even though those titles may not have actually been released for Android — although the graphics quality will vary depending on your internet connection speed.

Since I don’t have a USB video game controller handy I didn’t really try to play any games. OnLive includes on-screen controls, but they’re designed for multitouch and don’t seem like they’d be much fun to use with a mouse that can only click one point at a time. 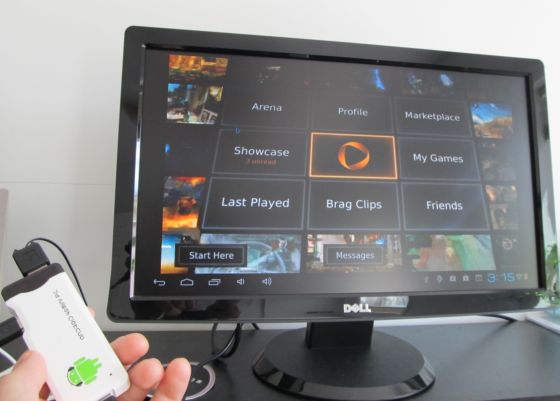 But OnLive also has a mode that lets you watch other gamers as they play, and the app streamed live video of those game sessions smoothly. The app didn’t seem to slow down at all when I flipped from one video stream to the next, and I managed to peek in on half a dozen games in a minute or two.

If you have a supported game controller, I suspect you could use the MK802 Android 4.0 Mini PC as a tiny, cheap OnLive set-top-box. But the little computer did get very warm to the touch the longer I ran the OnLive app — something I’ve also noticed it do when streaming videos from YouTube or Netflix.

The MK802 features a 1.5 GHz Allwinner A10 ARM Cortex-A8 processor, 512MB of RAM, and 4GB of storage. Overall it offers the kind of performance you’d expect from an Android smartphone from 2010 — but that’s good enough for mediocre performance as a remote desktop machine.

You can pick one up from AliExpress for $74.

The Zero Devices Z802 is a similar device available from AsiaPads for $76. And OEM Systems Company is selling a $70 model with 1GB of RAM through Amazon