Android TV boxes come in a wide range of shapes and sizes, although more often than not they look like chunky USB flash drives. Larger models have room for extra ports, but they’re usually unimaginatively shaped as flat square.

Enter the MK Z1, a new Android TV box which is shaped like a cylinder and which is large enough to feature a built-in Ethernet jack and front-facing camera. 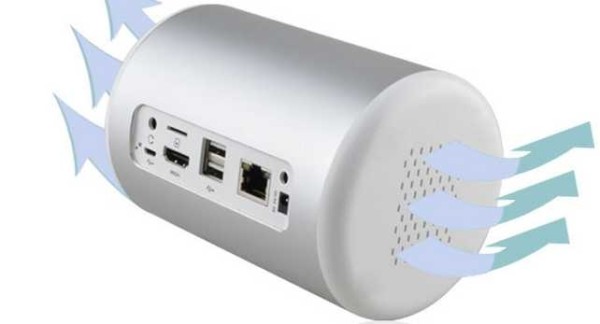 Promotional images suggest that the unusual shape might have something to do with helping improve airflow — or maybe the arrow drawings just show where the vents are.

Either way, the shape is the most unusual thing about this Android TV Box, although the camera and Ethernet jack are features you won’t find on every device of this type.

The MK Z1 sells for around $98 on AliExpress.

7 replies on “MK Z1 is a cylindrical Android TV Box because… why not?”