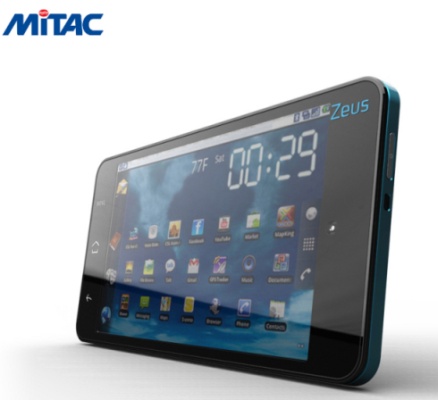 MiTAC is better known for making GPS systems and mobile entertainment devices than full-fledged tablet computers. But according to SoftPedia, MiTAC will be showing off four new Android tablets at CeBIT in Germany next week.

The first two are 7 and 10 inch Android tablets featuring Google Android 2.3. Both will features 1080p HD video support and HDMI output as well as built-in GPS, which should come as no surprise given their pedigree. These tablets will be called the Valar 7 and Valar 10, respectively.

MiTAC also has a 7 inch ruggedirzed Android tablet called the Ulmo which will feature a waterproof casing.

The final tablet is a smaller model called the Zeus which features a 7 inch display and dual GPS receivers, which apparently offers some sort of enhanced GPS capability.

There’s no word on how much MiTAC’s new tablets will cost.