French startup Miraxess is showing off a new device at the Consumer Electronics Show this week. The Mirabook looks like a laptop, but it’s really a smartphone accessory.

Plug in your phone and you can interact with your smartphone apps on a 13.3 inch 1080p display while using a touchpad and keyboard.

This isn’t the first time we’ve seen this type of smartphone accessory. But The Mirabook has a few interesting features to help set it apart. 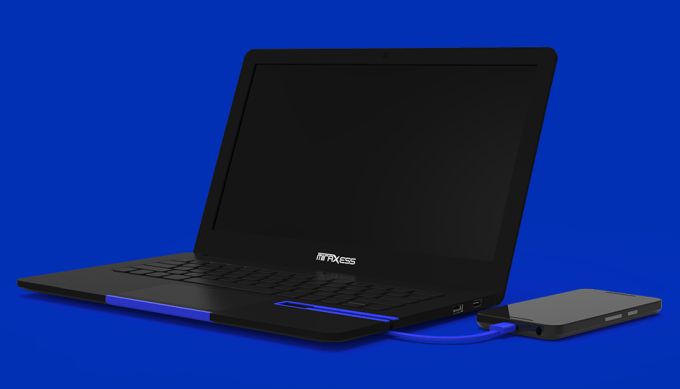 For one thing, the Mirabook is one of the first laptop docks in this space to feature HDMI and USB Type-C ports, giving you two ways to connect a phone. There’s also a USB cable built into the Mirabook. Tuck it away when you don’t need it, but you can also just pull out the cable and plug it straight into your phone’s USB-C port when you want to connect the two devices, which means there’s one less thing you need to carry around.

Miraxess says the laptop dock also features an aluminum body, a battery that’s good for up to 24 hours of use, “premium” speakers, and an SD card slot that you can use to augment your phone’s storage. 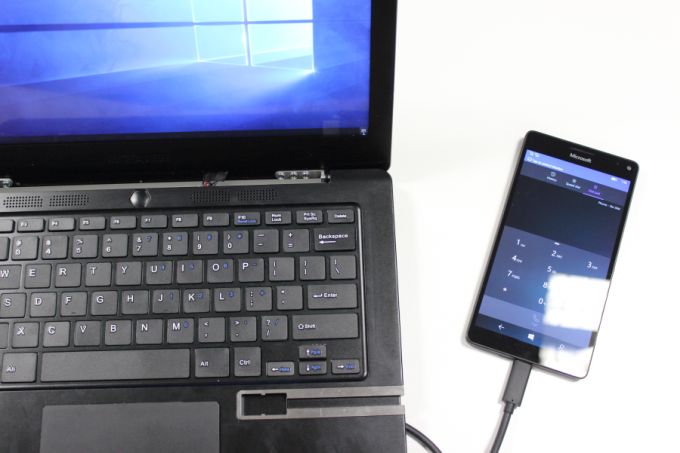 The Mirabook doesn’t seem to be tied to a specific smartphone operating system: Miraxess says you should be able to use it with Windows 10 smartphones that support Continuum, or .

Update: Andromium’s founder wrote in to let me know that the Mirabook doesn’t officially support Andromium OS, although I suspect there may be other ways to use an Android phone with the laptop dock.

While the first-generation Mirabook requires a wired connection to your smartphone via a USB-C cable, Miraxess plans to add wireless connection support to its 2nd-gen product.

Miraxess will begin taking pre-orders for the Mirabook through an Indiegogo crowdfunding campaign starting in March for €299. While the prices are in Euros, the laptop dock is expected to ship globally starting in mid-October.