The MIPS Creator Ci40 is a single-board computer for developers working on projects involving Internet of Things applications and low-power MIPS processors.

Imagination Technologies unveiled the board in October, and now the company has launched a Kickstarter campaign to raise funds to bring the Ci40 to market. 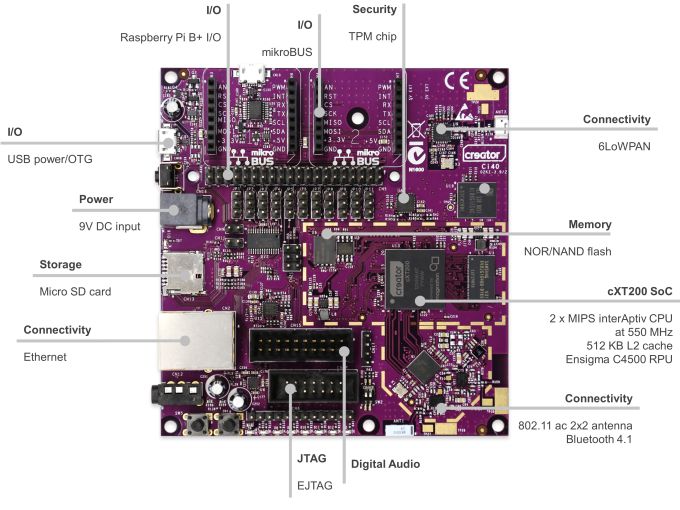 The board has a 40-pin Raspberry Pi-compatible header and 2 mikroBUS headers, along with other features aimed at developers, and Imagination is also offering expansion boards and sensor boards through Kickstarter.

While some developer boards can also be used as low-power desktop computers or home media theater PCs, the Ci40 is really designed for Internet of Things development. For example, it could be used to build home automation and security products such as smart locks or thermostats, surveillance systems, or air quality monitors.