First introduced in December, the MIPS Creatore CI20 is now shipping. It’s available for purchase for $65 or £50. 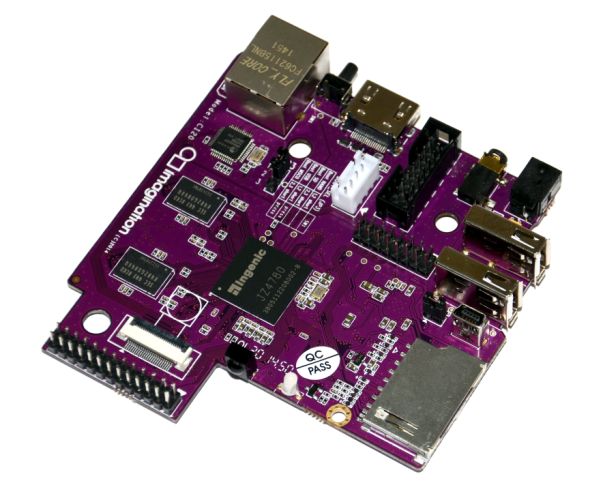 Since unveiling the device, the folks at Imagination Technologies have made two changes: there’s now 8GB of built-in storage (twice as much as originally planned), and the board is now purple instead of green.

The device ships with Debian 7 Linux, but it also supports Android 4.4 KitKat and other Linux-based operating systems.

The CI20 is aimed at developers interested in creating hardware and software projects based around MIPS processors, and it features GPIO, UART, I2C, ADC, and other connectors.

Imagination’s dev board costs about twice as much as a Raspberry Pi. But it has built-in storage, wireless capabilities, and other features which could make it worth the extra money… especially for folks interested in developing for MIPS hardware.