Chip designer MIPS Technologies announced last year that it was pivoting to RISC-V architecture, and earlier this year the company introduced its first designs based on the open instruction set architecture. 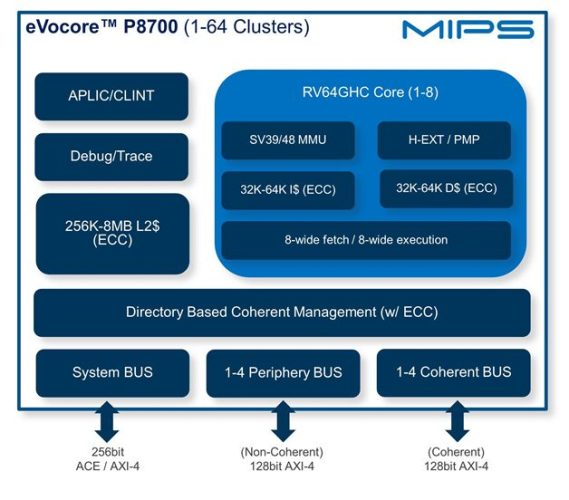 MIPS says its IP core has already been licensed “for applications including automotive driver assistance systems” and autonomous driving, but that the processor core could also be used for data centers, storage, and high-performance computing.

While I wouldn’t expect these chips to show up in mainstream laptops or desktops anytime soon, it looks like RISC-V is starting to grow up. While companies like Alibaba and SiFive had been the most visible player in the RISC-V space in recent years, in the past few days we’ve seen several companies announce high-performance RISC-V designs for data centers. In addition to the MIPS announcement, a California-based company called Ventana has introduced what it says is the most powerful RISC-V processor to date.

For its part, MIPS says its P8700 processor supports up to 64 clusters, 512 cores, and 1024 threads. The company promises higher single-threaded performance than unnamed “other RISC-V CPU offerings.”

The company also introduced the eVocore I8500 processor system this year, which MIPS says is designed to offer “best in class performance efficiency.” This design can be used with up to 64 clusters, 512 cores, and 2048 threads. But it’s unclear if the I8500 designs are available for licensing yet.