CompuLab and the developers of Linux Mint have been partnering to offer a series of small desktop computers with Linux Mint software (and a minty green color) for a few years. One of the most recent is the nearly 2-year-old MintBox Mini. But now there’s a new model with a faster processor, more memory and storage, and other improvements.

It’s called the Mintbox Mini Pro, and CompuLab will be selling the new computer soon for $395. 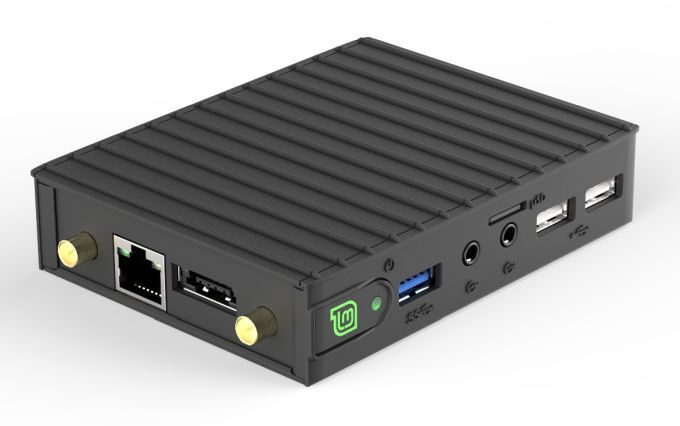 The computer is the same size as its predecessor, measuring 4.3″ x 3.3″ x 0.9″ and weighing about 9 ounces. The system has  fanless design and features an all-metal case made of aluminum and zinc.

The computer ships with Linux Mint 18 pre-installed, but it’s also compatible with Windows 7 and later.