The Linux Mint team have announced that their next Mintbox mini PC is coming this summer.

Prices are expected to start at $299 when the computers goes on sale this summer. 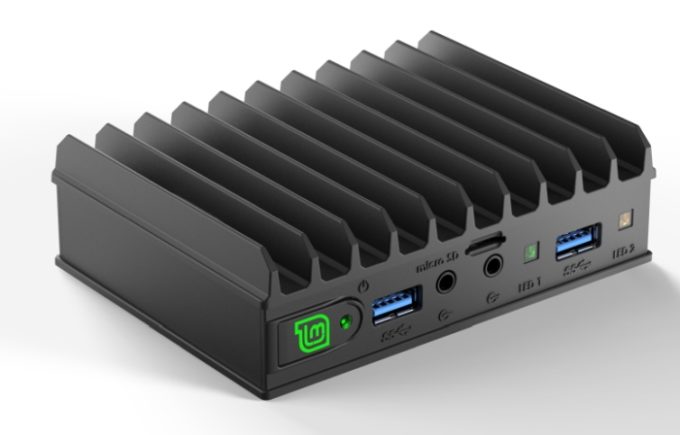 If the Mintbox Mini 2 looks familiar, that’s because it’s basically a top-of-the-line Compulab Fitlet2 computer with the Mint logo and Mint software.

But it’s also an interesting solution for anyone looking for a low-power, quiet desktop PC that’s guaranteed to support the latest version of this popular Linux distribution.

The computer features dual Gigabit Ethernet ports, 802.11ac WiFi and Bluetooth 4.2 support and support for up to two external displays, thanks to DisplayPort 1.2 (4K60Hz) and HDMI 1.4 (4K60Hz) ports.

The Mintbox Mini 2 will come in two configurations:

The system supports up to 16GB of RAM if you want to open up the case and add more memory on your own.

The Mintbox Mini 2 should ship around the time that Linux Mint 19 is released, which is expected to be sometime around June.