CompuLab and Linux Mint are getting ready to launch a new line of tiny desktop computers designed to run the Linux Mint operating system. Last year they teamed up to launch a line of MintBox devices with AMD processors, but the new models will have faster chips, more storage, and a much longer warranty.

The MintBox 2 should be available soon for $599. 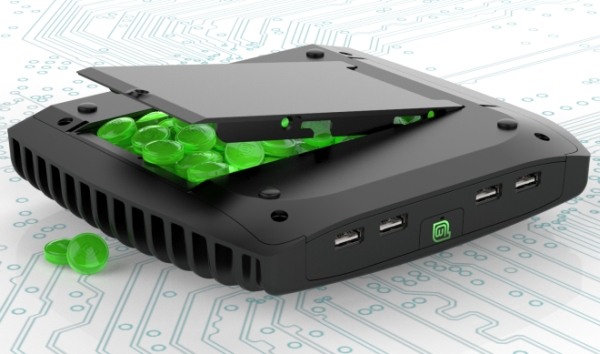 According to the Linux Mint blog, the new model will be powered by an Intel Core i5 processor, offering about 4 times the performance of last year’s best model.

The MintBox 2 will feature 4GB of RAM, a 500GB hard drive, and dual Gigabit Ethernet ports.

There are still a few things we don’t know — like whether the Core i5 chip is a Haswell processor or an earlier chip. But since CompuLab specializes in small desktop computers that use passive cooling, Haswell seems like a pretty safe bet.

You could probably build your own Linux Mint computer for less than $599, but it probably wouldn’t be as small or quiet, and it wouldn’t come with a 5 year warranty.